Anushka Sharma announces the end of the Chakda Xpress program and shares a photo of a cricket ball. 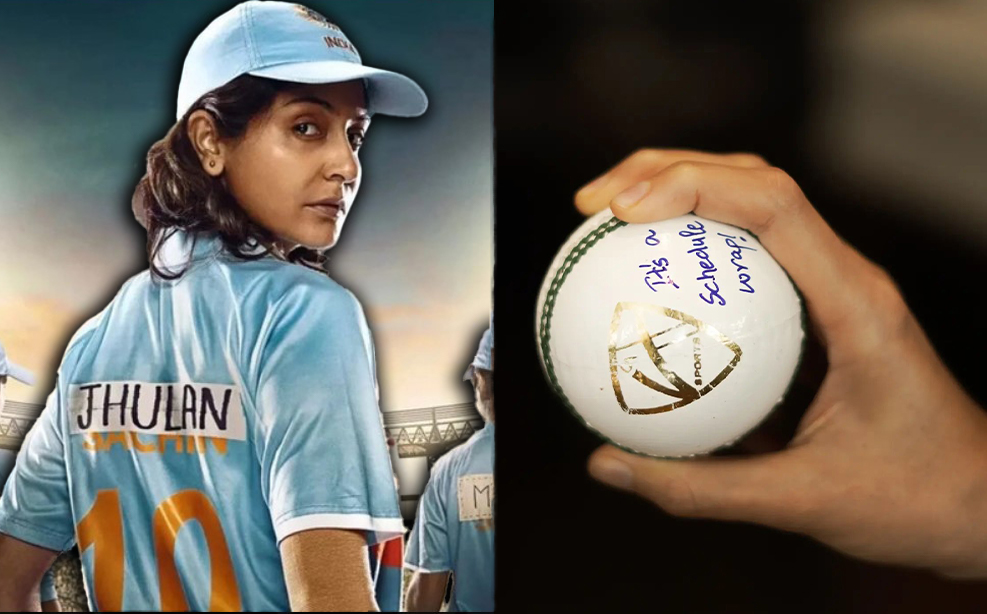 Anushka Sharma devotes herself completely to each role she performs. The actress was lately busy filming Chakda Xpress, her forthcoming flick. Anushka will play Jhulan Goswami, the former captain of India’s women’s cricket team, in the film. The actress has completed the first season of Chakda Xpress. On July 2, she announced the same on social media.

Anushka Sharma, who was most recently seen in Aanand L Rai’s 2018 film Zero alongside Shah Rukh Khan and Katrina Kaif, is making a cinematic return with Chakda Xpress. Anushka went to social media on July 2 to announce the completion of the first schedule of the Netflix feature. She posted a photo of a cricket ball with the words “It’s schedule wrap!!” scrawled on it.

Anushka Sharma released a trailer for Chakda Xpress along with a lengthy letter. “It is a particularly wonderful picture since it is ultimately a narrative of incredible sacrifice,” it said. Chakda Xpress is inspired by former Indian skipper Jhulan Goswami’s life and times, and it will be an eye-opener into the world of women’s cricket.

When Jhulan chose to become a cricketer and represent her country on the international arena, it was extremely difficult for women to even consider playing the sport. This video is a theatrical reenactment of various events in her life as well as in women’s cricket.”

“We should all thank Jhulan and her team-mates for changing women’s cricket in India,” she added. Their dedication, enthusiasm, and unwavering commitment to bringing attention to women’s cricket has changed the game for future generations. I was delighted to hear Jhulan’s narrative as a woman, and it is an honor for me to attempt to bring her life to audiences and cricket fans. As a cricketing nation, we must recognize our female players. Jhulan’s narrative is genuinely an underdog story in Indian cricket history, and the film is a celebration of her passion.

Arjun and Malaika answers all about their...