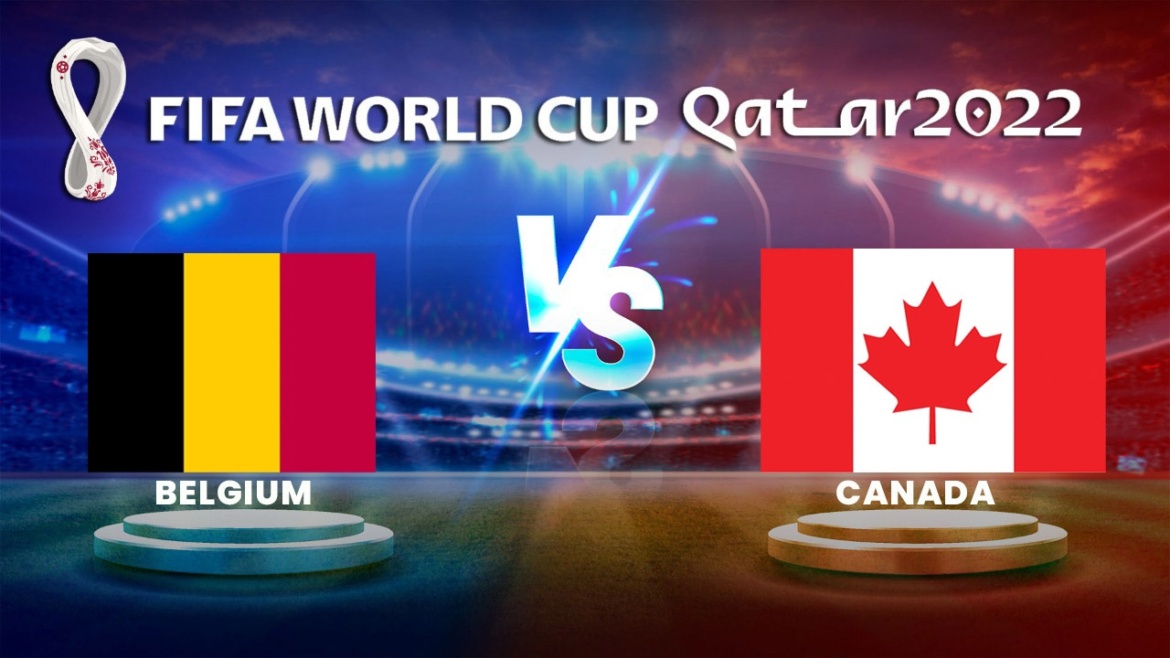 Kevin de Bruyne and Thibaut Courtois, arguably the only two world-class players in the squad, will be key to Belgium’s chances. Belgium and Canada will take to the field for the first time in the 2022 World Cup when they face off at the Ahmed bin Ali Stadium on Wednesday.

The Maple Leafs secured their spot in the tournament in style, winning eight of their 14 games in the CONCACAF qualifiers, defeating heavyweights Mexico and USA.

While 22-year-old Bayern Munich full-back Alphonso Davies is the undoubted Canada star, Lille striker Jonathan David and Club Brugge forward Cyle Larin showed in the qualifiers. Larin was the top scorer with 11 goals, with David close behind in second with nine.

Belgium is going head to head with Canada starting on 23 Nov 2022 at 19:00 UTC at Ahmed bin Ali Stadium stadium, Al Rayyan city, Qatar. The match is a part of the World Cup, Group F.
Currently, Belgium rank 1st, while Canada hold 2nd position. Looking to compare the best-rated player on both teams? Sofascore’s rating system assigns each player a specific rating based on numerous data factors.
BEL vs CAN: Man in a muddle

Zambian Janny Sikazwe, who will take charge of the Belgium-Canada game, was in the limelight for all the wrong reasons at the 2021 Africa Cup of Nations, when he blew the final whistle in the Tunisia-Mali game after only 85 minutes. When the error was pointed out, the match resumed, only for Sikazwe to blow the final whistle again with around 17 seconds of normal time still left on the clock. Mali were leading 1-0 at that stage, and Tunisian players and coaching staff were left incensed. After about 25 minutes, Sikazwe, who officiated at the 2018 World Cup as well, returned to complete three more minutes, but the Tunisians refused to play. It later came to light that the referee suffered a heat stroke, which contributed to the errors.