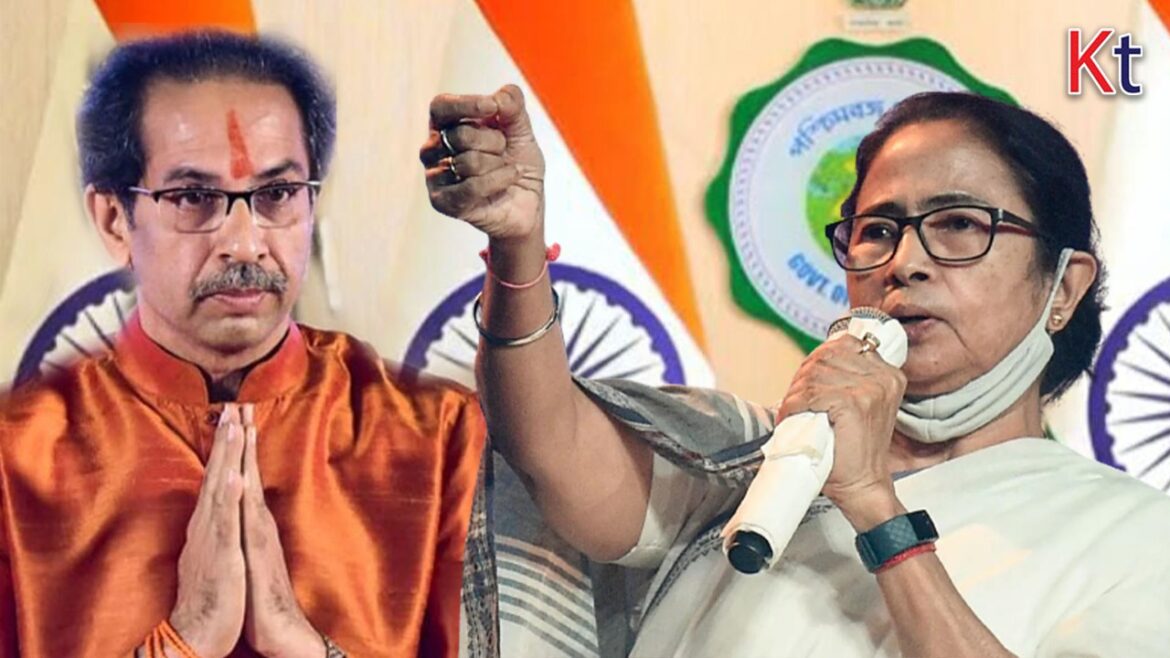 Maharashtra political crisis:Trouble for the MVA government seems to be far from over with rebel Shiv Sena MLA Eknath Shinde inching closer to garnering the support of 37 party MLAs, which is required to buck the anti-defection law. Meanwhile, Maharashtra CM Uddhav Thackeray moved out of his official residence, Varsha, to the family’s private home, Matoshree’.

While commenting on the Maharashtra political crisis, West Bengal Chief Minister Mamata Banerjee said democracy was being bulldozed,“In India, I am in doubt if any democracy works here! Where is democracy? If they bulldoze a democratic government! We want justice for people, for Uddhav Thackeray. After Maharashtra, they will topple the other government.”

Today (BJP) you’re in power and using money, muscle, mafia power. But one day you have to go. Someone can break your party too. This is wrong and I don’t support it”,West Bengal CM Mamata Banerjee added.

West Bengal CM Mamata Banerjee claimed that MLAs have been bought through hawala money. She stated that what is happening in Maharashtra is “indeed shocking”.
She further claimed that in the upcoming Presidential election BJP does not have the numbers, that’s why they want to topple the Maharashtra government in an unethical, unconstitutional manner using ‘Hawala money’.
Mamata further questioned, “From my party, 200 people have been given notice by CBI and ED, but for BJP nothing happens. There is no limit to their money, is it not hawala? Is it not a scam that one ruling party is buying MLAs?”

Uddhav Thackeray must quit as Chief Minister before leaving the alliance :Eknath Shinde

La Liga will file a complaint against...