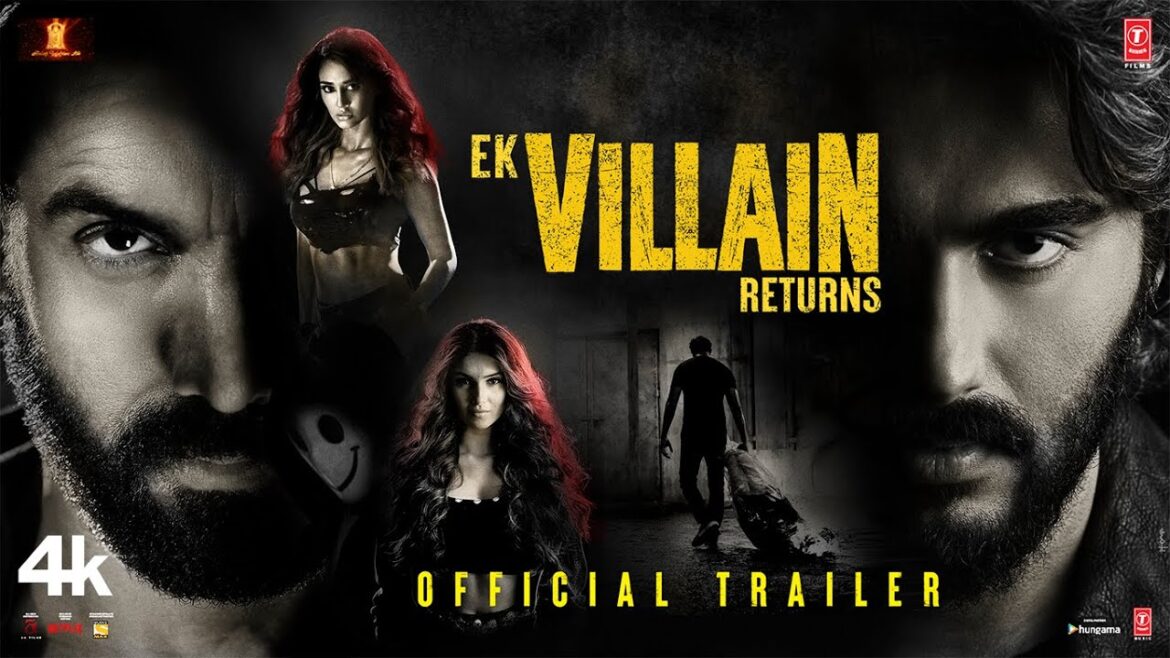 The Ek Villain Returns cast and crew unveiled the movie’s official trailer on Thursday. It features a fight between Arjun Kapoor and John Abraham. They were both included in the much awaited trailer with their respective love interests. While John is matched against Disha Patani, Arjun and Tara Sutaria are viewed as a couple.

In the conversation that starts the almost three-minute-long clip, a representative discusses serial murderer Rakesh Mahadkar, who was portrayed by actor Riteish Deshmukh in the 2014 movie Ek Villain. Then, eight years later, he describes how a new villain had appeared. The new bad guy goes for ladies with “one-sided” partners.

Then, Disha and a serious-looking John Abraham are visible. Arjun and Tara are then seen having a few tender moments together. Arjun and John face up soon, and while they engage in some well-choreographed action sequences, it is hard to discern who is the “hero” and who is the “villain.” In one moment, Arjun claims that if John were the “hero,” he would be the “evil.”

The video ends on a cliffhanger because, as Disha states in the trailer, “Darr aur pyar logo se buri cheezein karwata hai (Fear and love make people do evil things)”. Who is the true bad guy? Is it John, Arjun, or someone else entirely? Even the song Teri Galiyaan and references to Riteish Deshmukh’s role from the original Ek Villain were throwbacks in the teaser.

It’s time to enter the villain universe!, Arjun stated while posting the clip on Instagram. The trailer for “Ek Villain Returns” is out right now. Coming to your local theatres on July 29, 2022, Villains Day. The action scenes and tone of the movie were well-liked by viewers, although many contrasted it negatively with the original. One admirer said, “I miss the original but appreciate the action and John here.”

Read More: Eknath Shinde Will Take The Oath As The CM Of Maharashtra At 7.30 PM Today

The first project Arjun will work on alongside Tara, Disha, and John will be Ek Villain Returns. On July 29, the movie will be released in theatres. Director Mohit Suri also helms the sequel to the previous movie, Ek Villain. The main actors of the forthcoming movie revealed new posters on Wednesday.

Eknath Shinde Will Take The Oath As The CM Of Maharashtra At 7.30 PM Today