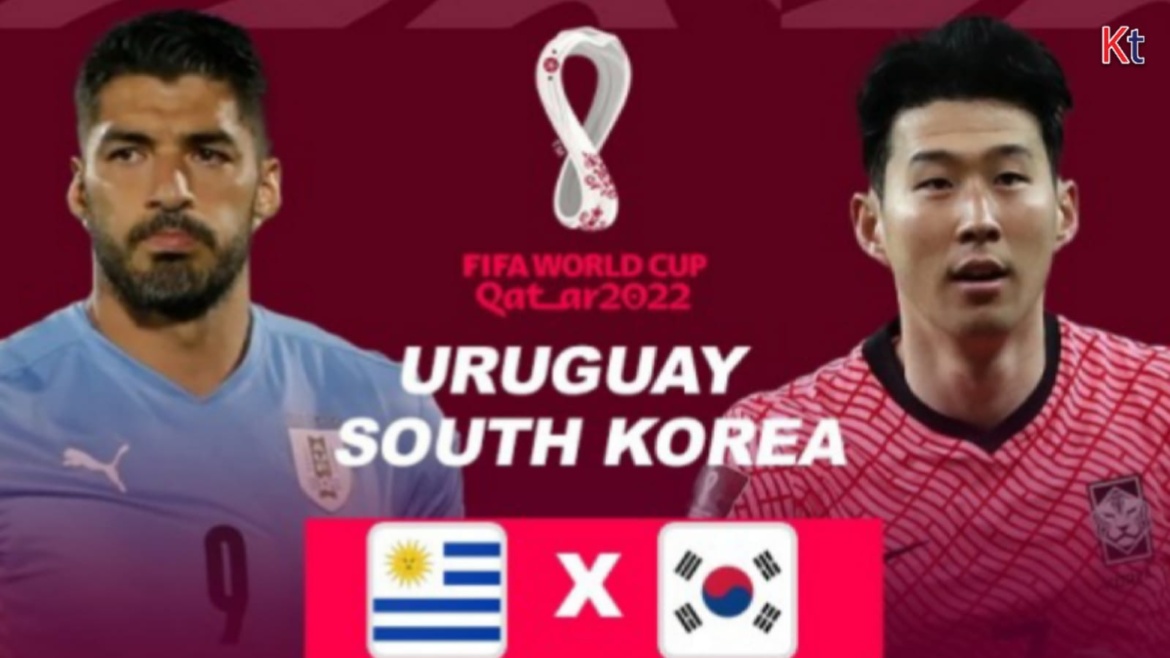 Luis Suárez makes his debut in his last World Cup leading the sky-blue nacional team against one of the great Asian classics
Uruguay and South play today at the start of the first day of Group H. When the groups of a World Cup are drawn and your group is the last one, your debut is delayed so much that the wait becomes eternal. Uruguayans and Koreans are watching one game after another and with nerves on the surface. Well, the wait is finally over, and Diego Alonso’s and those of Paulo Bento’s players get going. The World Cup starts for two classics.
How Uruguay arrives. Just by seeing off Luis Suárez with all the honours, Uruguay deserves to have a great World Cup. Now it’s up to the Charrúas to claim what they are, one of the greats. With a mix between one of the generations of celestial gold and the young talents who threaten to break into stars if they have not already done so, they are in Qatar to enjoy the last dance of the Suárez, Cavani, Godín and company… And of the first steps of the Valverde, Darwin, Araujo, Pellestri… 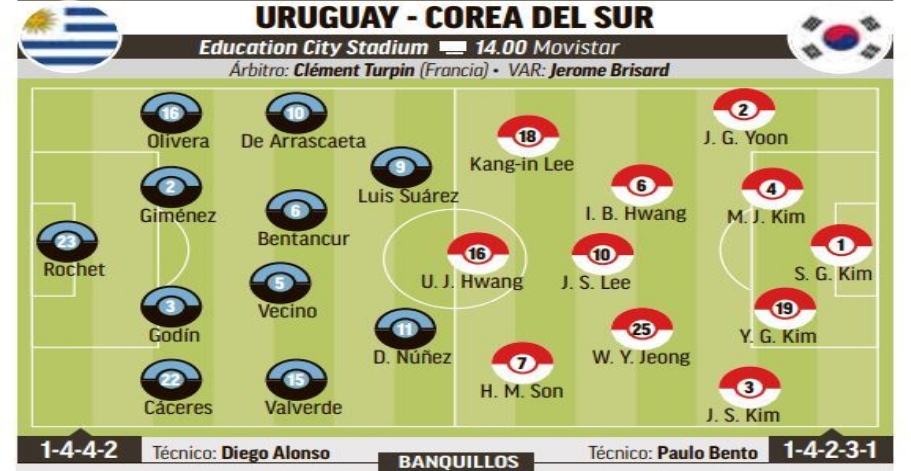 How does South Korea arrive? Ten consecutive World Cups is not easy, so doubting South Korea becomes complicated. The reality is that getting past the group stage is so difficult for the Asians, but they have been with the best in the world since 1986. Paulo Bento has endowed the selection with a competitive point that they forgot. Repeating the round of 16 in South Africa in 2010 is an ambitious goal considering the group that has fallen them. But They will seek to start their tenth consecutive world cup with a surprise.
The game duel. The goal is that element of the game that so much decides the matches, that so much influences in the championships. Both teams have got too much goals. Luis Suárez and Son, Son and Luis Suárez, two guys who live with the opposite goal between their eyebrows. I could have opted for Valverde and Kang-In Lee, but I also join with the tribute to Lucho.