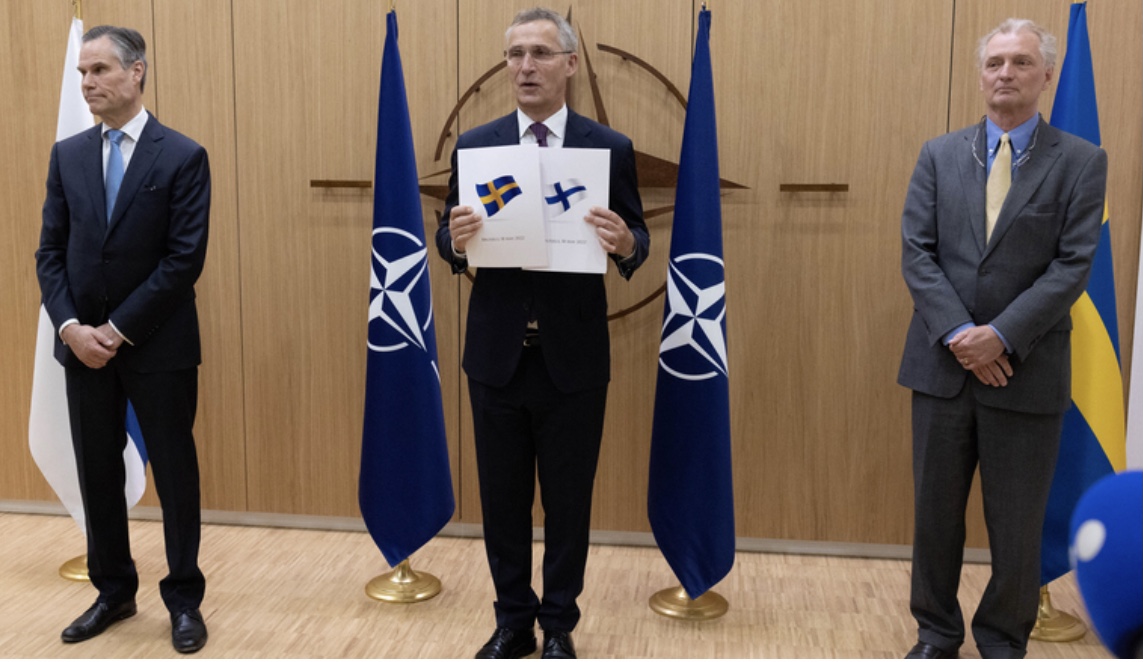 Finland and Sweden formally applied to join NATO on Wednesday, prompted by Russia’s invasion of Ukraine and triggering one of the most significant changes in Europe’s security architecture in decades.

Finland and Sweden were both neutral throughout the Cold War and their decision to join NATO reflects the sweeping shift in public opinion in the Nordic region since Russia’s Feb. 24 invasion.

“This is a historic moment, which we must seize,” NATO Secretary-General Jens Stoltenberg said at a ceremony in which the Swedish and Finnish ambassadors to the alliance handed over their application letters.

Honoured to receive the applications for #Finland's & #Sweden's membership in #NATO. This is a good day at a critical time for our security. Your applications are an historic step. https://t.co/IH6Vj25FZK

We will not forget the betrayal done...