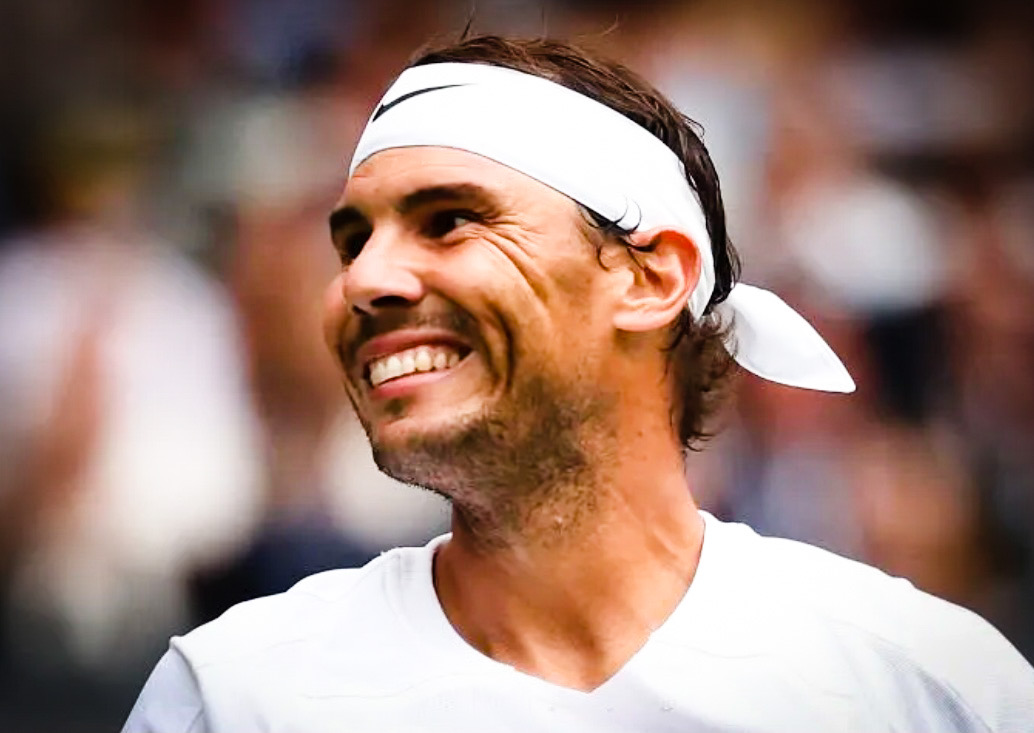 Rafael Nadal won 6-1 6-2 6-4 with a stunning display to reach the fourth round that showed a marked improvement on his first two matches.

The relentless machine that is Rafael Nadal purred into top gear yet again with Italian Lorenzo Sonego the latest to feel the full force of the Spanish juggernaut.

The man with the chronic foot injury has lost none of his bounce nor his ability to rush through a match.
Nadal’s end game is all about the third Grand Slam of the year and these early rounds are serving as useful work outs rather than tough challenges for the two-time Wimbledon champion.

After his straight sets victory on Centre Court Rafael Nadal said :”Probably been my best match here without a doubt during the Championships, against the most difficult player I faced. I have been able to raise my level, super happy for that and wishing Lorenzo Sonego the best for the season he is a great player on grass I think he has a great future here.
“Not spicy at all – I just from the bottom of my heart I didn’t make it in a negative way I feel sorry if I bothered him but I did it in a right way. I feel really bad now if I bothered him so I feel sorry for that. That’s it – I will talk to him after but this is not a problem.”

On his fitness: “You never know – it’s always a tricky thing. I went through some tough injuries in my career but in some way I feel very lucky that I am still able to play at my age. I never thought that would happen 10 years ago so I feel lucky so thanks to everyone who has supported to me in this journey.”

Today, we can proudly say that India...