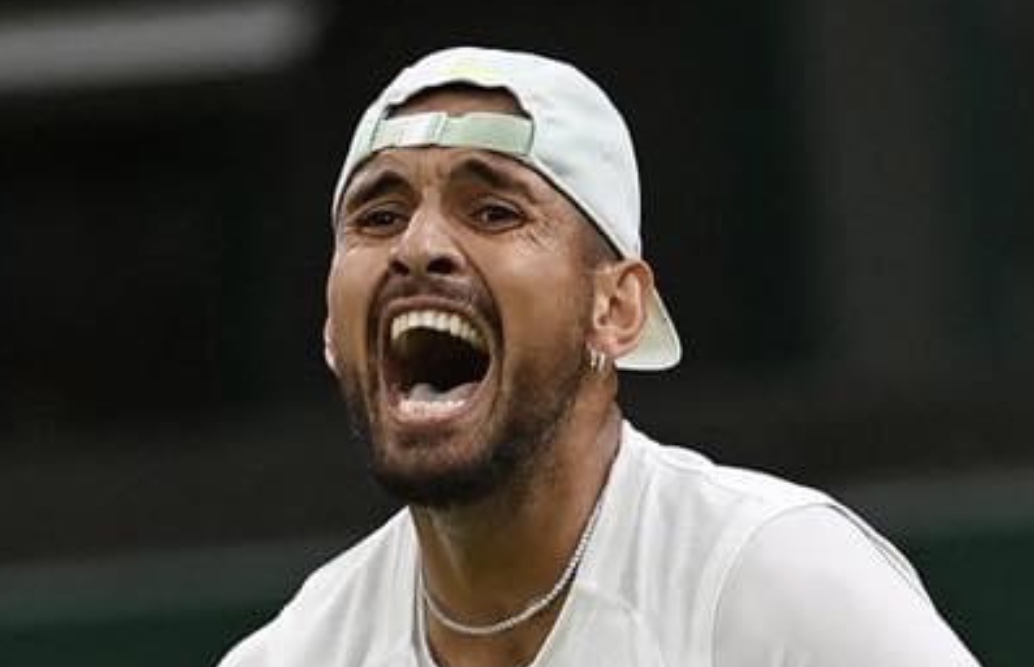 Australian Nick Kyrgios fought back to knock out Greek fourth seed Stefanos Tsitsipas and reach the fourth round of Wimbledon in a dramatic and fiery four-set encounter.

The underarm fake followed by an ace 💥#Wimbledon pic.twitter.com/4mOD8WgB8J

It had been billed as the match of the day. Some were billing it as the match of the tournament so far: the mercurial talents of Nick Kyrgios against the more traditional – but equally as explosive – skills of Stefanos Tsitsipas.
It was the hottest ticket in town. And it did not disappoint.
Kyrgios, in his own inimitable style, beat Tsitsipas.

2014 quarter-finalist Nick Kyrgios who eventually came through in an enthralling fourth-set tie-break, sealing victory on his second match point to win 6-7 (2-7) 6-4 6-3 7-6 (9-7) in front of a captivated crowd under the Court One roof.

“It was an amazing atmosphere and a hell of a match,” Kyrgios said.

“I honestly felt like the favourite coming in – I played him a couple of weeks ago. But I knew that it was going to be a tough match. He’s a hell of a player and I had my own tactics out there. He knew how to play me; he’s beaten me once before.
“I’m just super-happy to be through. He was getting frustrated out there and it’s a frustrating sport at times, that’s for sure. I’ve got ultimate respect for him. Whatever happens on the court, I love him.”
Nick Kyrgios takes on American Brandon Nakashima in fourth round on Monday.