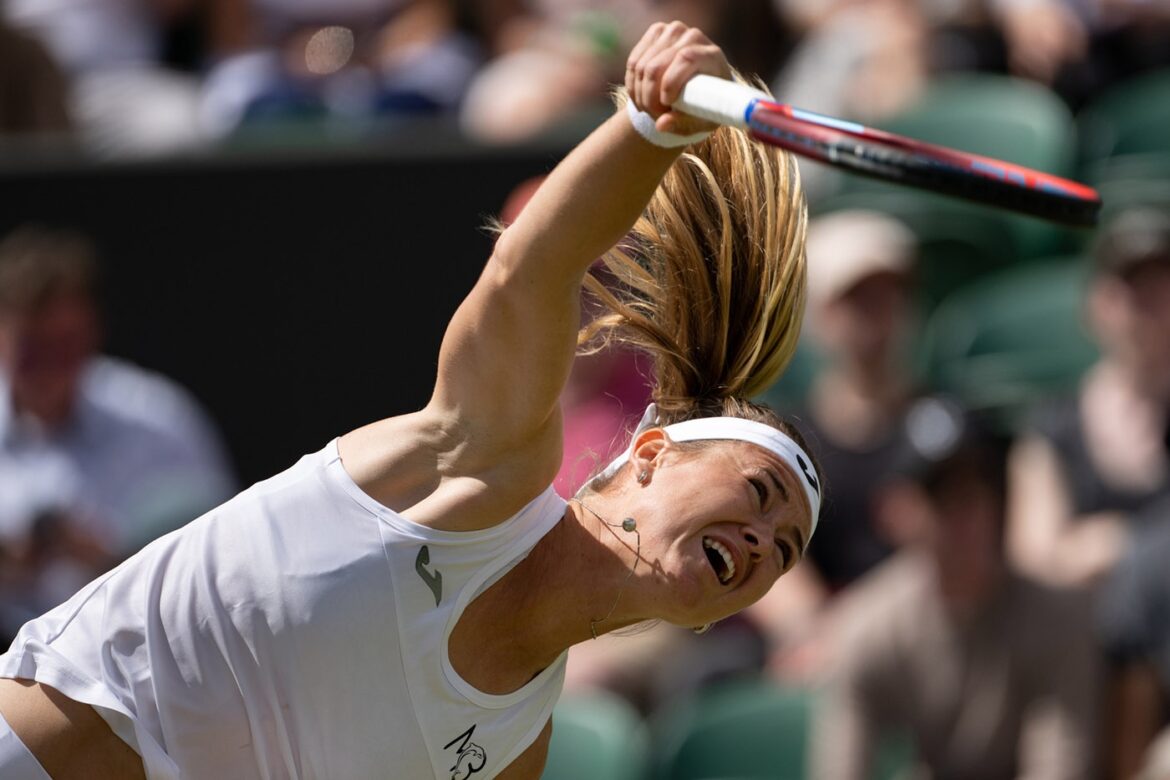 The Czech world No.66 heads into her first Grand Slam quarter-final

The dream run of Marie Bouzkova at Wimbledon has continued with a 7-5, 6-2 triumph over Caroline Garcia in their fourth round clash.

Watching this on repeat! 😲@MarieBouzkova producing magic en-route to her first ever Grand Slam quarter-final#Wimbledon pic.twitter.com/ceuRhlxCgj

The Czech Republic right-hander, who had never been beyond the second round of a Grand Slam, is the first woman through to the 2022 Wimbledon quarter-finals.
On clinching a well-deserved triumph over Garcia, the 23-year-old fell to her back in disbelief and shed several tears as she ran to meet her vanquished rival at the net.
Her victory stemmed from her outstanding court coverage and consistency, with Bouzkova far more poised on critical points in the first set and then steadier throughout the second.

"I don't know how I got here"@MarieBouzkova is overcome with emotion after reaching the QF of The Championships#Wimbledon pic.twitter.com/raEx6bNFfz

She faces the winner of a clash between Ons Jabeur and Elise Mertens.

Anushka Sharma announces the end of the Chakda Xpress program and shares a photo of a cricket ball.