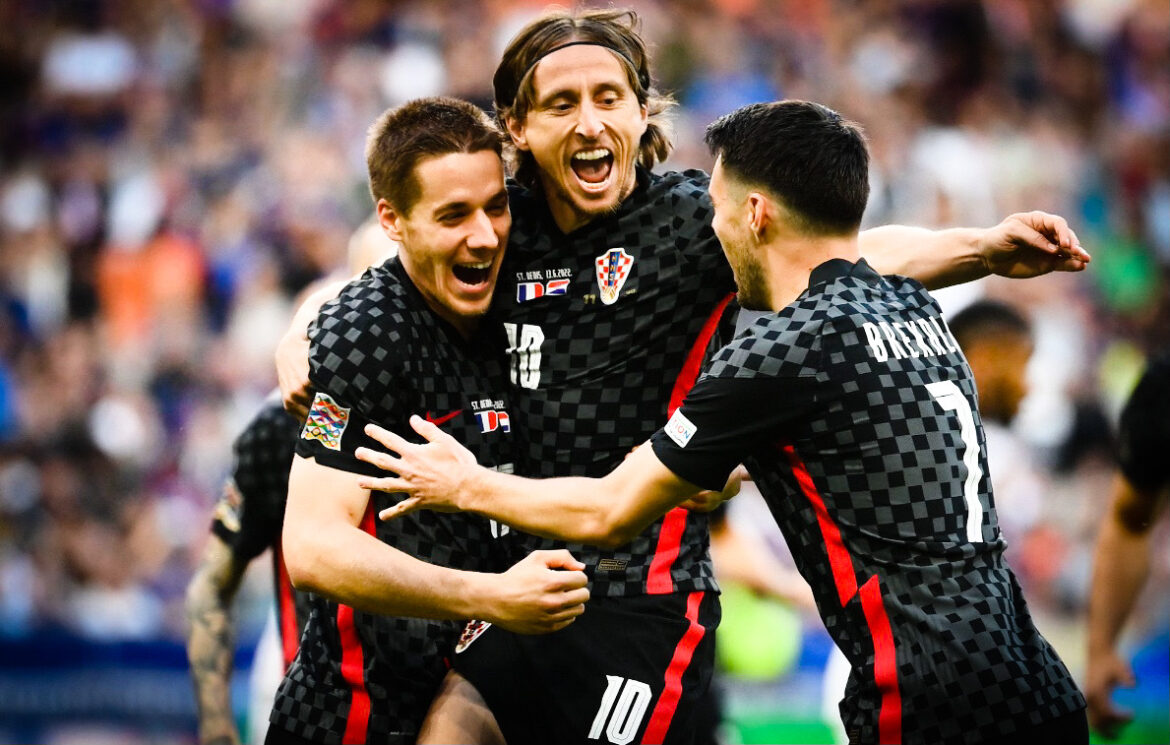 France’s hopes of retaining the UEFA Nations League title were ended by a 1-0 home defeat against Croatia, Denmark’s home win against Austria taking them seven points clear of the holders with two games to go in Group A1.

Croatia scored what proved to be the only goal in Saint-Denis with five minutes on the clock, Ibrahima Konate penalised for a foul on Ante Budimir. Although Mike Maignan got a strong hand to Luka Modric’s spot kick, he could not keep it out.

That gave the away team a lead they defended well for the rest of the first half, Christopher Nkunku’s drive as close as France came to finding a way back into the contest before the interval.

Openings continued to be few and far between after the break, Croatia growing in confidence as France failed to cause real problems. Indeed, their first ever win against Les Bleus might have been secured by an even wider margin, Maignan denying substitute Lovro Majer in the final 20 minutes.

One important note for Antoine Griezmann. He came off the bench to win his 108th cap for France — that puts him level with Zinedine Zidane in sixth place on Les Bleus’ all-time list.

Croatia coach Zlatko Dalic said ,”It’s undoubtedly one of my best victories. After the 3-0 loss to Austria, few teams would have had the resources to bounce back. Only those with pride and character can do that. After the World Cup, we undoubtedly had a complex against France. Winning against the world champions at their place is extraordinary.

It’s the first time Croatia has won against France in ten games. We’re very happy, we’ve played really well and managed to keep them out. It’s undoubtedly one of my best victories.”

France coach Didier Deschamps said , “We came up against a very good Croatia team that had more dynamism than us. It’s not our status as world champions that will win us games.”

It’s been a very difficult June for us. We didn’t have sufficient energy or strength against teams that had more of that than us. We didn’t get any luck either, but it’s above all freshness that we were lacking.”

This is a proud day for me and my family : Erling Haaland

Didier Deschamps on Croatia 1-0 France : ‘We came up against a very good Croatia team ‘