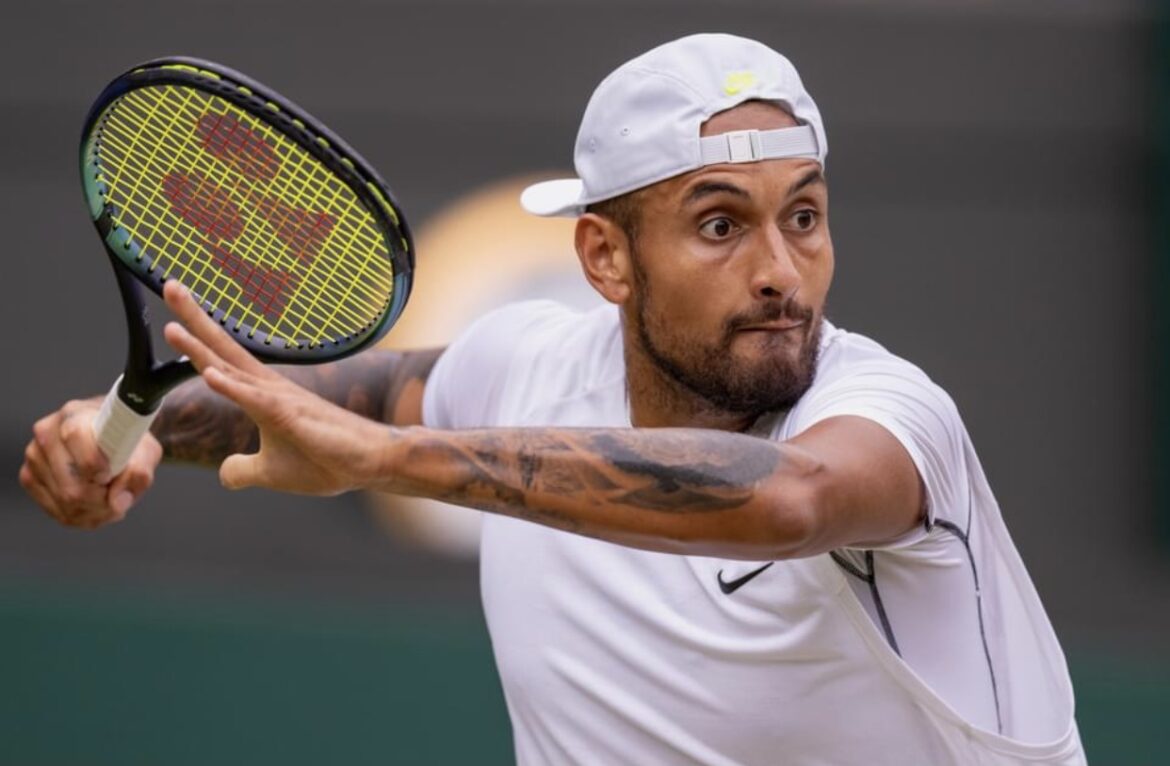 Nick Kyrgios become the first Australian man since 2005 to reach the last four at Wimbledon.

There are highly unstable radioactive isotopes which have had a steadier time of it than Nick Kyrgios since Wimbledon 2022 got underway. Yet at these Championships the world No.40 may at last be nearing the fulfilment of his lavish talent.
Eight years after he last appeared in the quarter-finals here, Kyrgios has won through to the last four of a Grand Slam for the first time. The man for whom the word “mercurial” was invented ousted Cristian Garin exerting the greater superiority of his grass court game.
While he chuntered noisily throughout in no particular direction, the Australian’s first meaningful engagement with umpire James Keothavong was at the end-of-match handshake.
Not since Lleyton Hewitt in 2005 has Australia boasted a player in the last four of the gentlemen’s singles at Wimbledon. Kyrgios now finds himself both the lowest-ranked men’s semi-finalist, and the first unseeded men’s semi-finalist, since 2008.

"I never thought I'd be at a semi-final of a Grand Slam"@NickKyrgios thought his ship had sailed but he's through to the last four#Wimbledon pic.twitter.com/56fHc7Qqve

After the match Nick Kyrgios said,”I never thought I’d be at a semi-final of a Grand Slam.”

Commonwealth Games 2022:Round up from day two...