Our concept of Vasudhaiva Kutumbakam signifies the world as our family :PM Modi 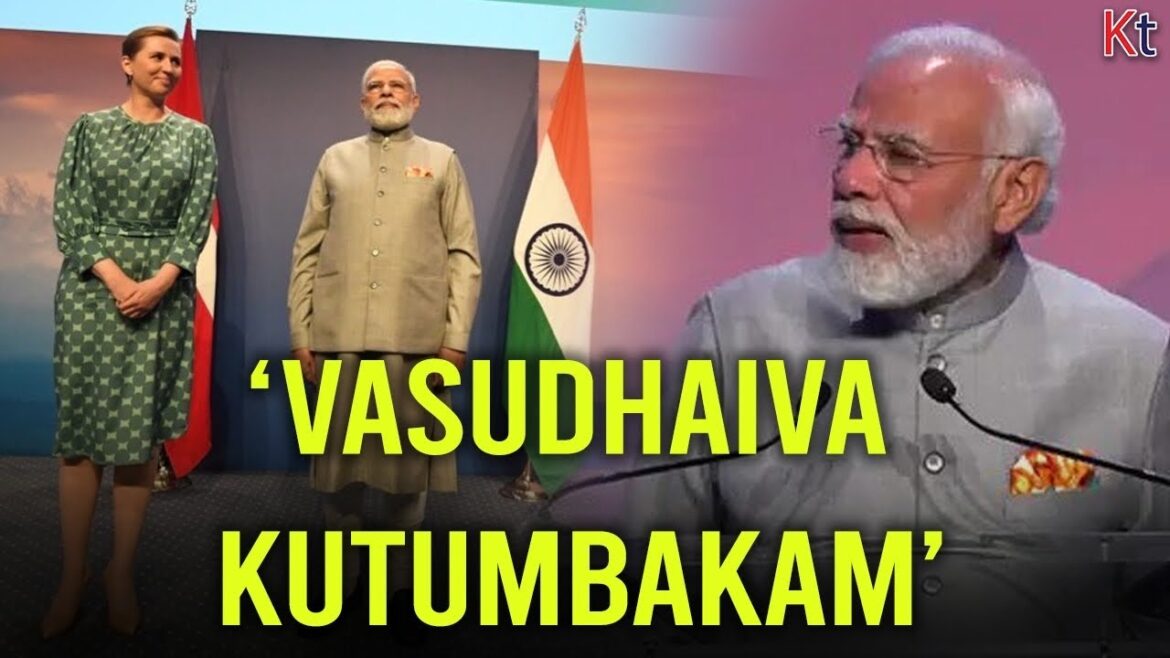 Prime Minister Narendra Modi, along with the Prime Minister of Denmark Mette Frederiksen, addressed and interacted with the Indian community at the Bella Centre in Copenhagen.

More than one thousand members of the Indian community in Denmark consisting of students, researchers, professionals and business persons, participated in the event.

Prime Minister appreciated Danish Prime Minister’s respect for Indians and emphasized that both countries can work together in finding innovative solutions for green growth.

In his address , Prime Minister Narendra Modi said that Inclusiveness and cultural diversity is the strength of the Indian community which gives us a sense of liveliness every moment. He said, though it might be any language but the culture of all of us is Indian.

He said, the presence of Danish PM Mette Frederiksen’s at the programme is the evidence of the love and respect she has for people of India. He said, an Indian, wherever goes in the world, contributes sincerely for his motherland as well as for that country.

PM Modi said, when he meets world leaders they never tire of narrating about the peaceful and hardworking nature of the Indians. PM Modi said that our concept of Vasudhaiva Kutumbakam signifies the world as our family and India of 21st century is moving forward with this vision for new global order.

PM Modi said, whatever India is achieving today, that achievement is not only of India, but it is almost the achievement of one-fifth humanity. On use of mobile data, the Prime Minister said that India was among most backward countries in per capita data consumption 5-6 years back and now things have change.

He said, India uses more data than many large countries consume Per Capita mobile data together. He mentioned that the biggest thing is that every new user who is using data is from a village and It has not only empowered the villagers and rural India but also opened the gate of a very big digital market.

He added that this is This is the real story of New India. PM Modi mentioned that when India becomes strong , the world becomes stronger. He said, in the role of Pharmacy of the World, India has supported the whole world in difficult times and sent medicines to many countries.

He emphasised that India has the values ​​of scale and speed as well as share and care and therefore it is in the interest of the whole world to invest in India’s capacity to deal with global challenges.

He stressed that the biggest demand of the time is to promote L.I.F.E which is Lifestyle For Environment. He said, it is very important to get out of consumption oriented approach as use and throw’ mindset is negative for the planet.