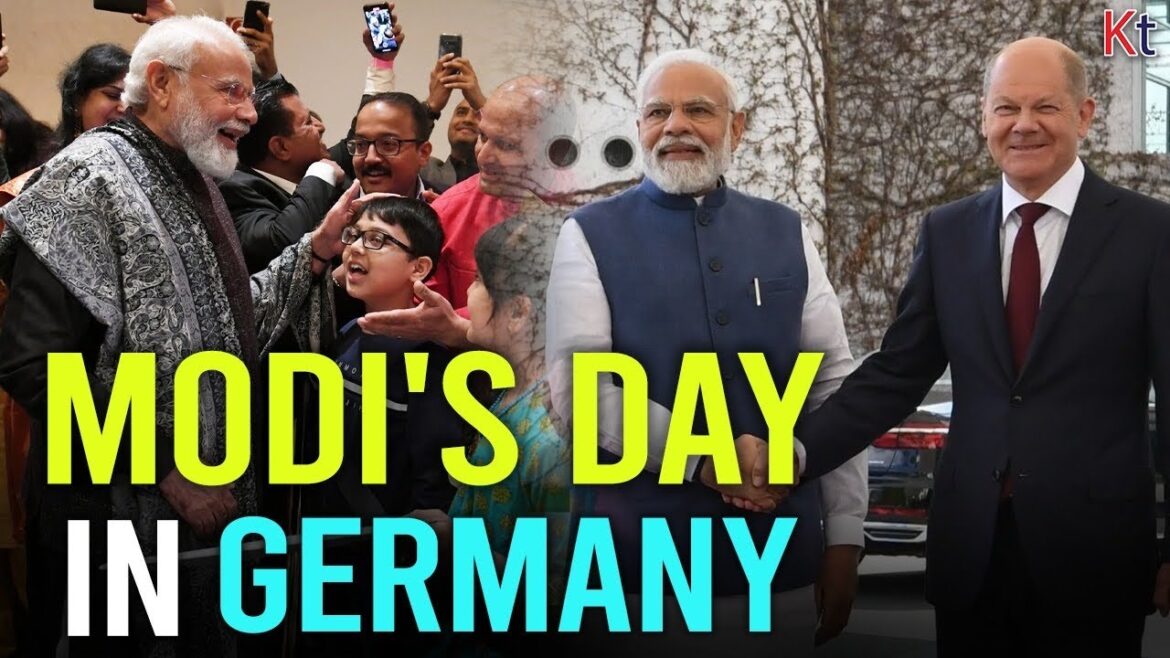 PM Narendra Modi on Monday began the first leg of his three-nation Europe trip in Germany by singing a patriotic song with an Indian kid. He ended his visit by signing agreements to further strengthen bilateral ties between both nations and also PM addressed the Indian community reception in Berlin.

On arrival, PM Modi received a warm welcome from the Indian community in Berlin and later from the German Chancellor Olaf Scholz himself. To me it’s a sign of the special quality of our relationship, said Chancellor Scholz, inviting PM Modi to visit Germany again for the upcoming G7 summit.

PM Modi landed in Berlin to a rapturous reception from the Indian diaspora. A girl named Manya made a pencil-sketch portrait of PM Modi and presented the special gift to the prime minister when he landed in Berlin. PM Modi also took out some time to connect with children as he sang a patriotic song Hey Janmabhoomi Bharat with a child. PM Modi listen song from his young Friend in Berlin :’Doesn’t my young friend sing well!’PM Modi said.

Following the one-on-one talks, both leaders sat down for the sixth round of Biennial Inter Governmental Consultations (IGC). Both nations signed nine agreements that covered a range of issues including green energy, sustainable development, hydrogen task force and forest landscape restoration among others.

And both leaders addressed the ongoing Russia-Ukraine war and called for a peaceful resolution at the earliest. There will be no winner in this conflict and all will suffer losses, PM Modi said. He said the effect of war on developing and poor countries will be much more.

While addressing Indian community reception in Berlin,PM Modi said ,”This year, India is celebrating its 75th year of Independence, I am the first Prime Minister of India who is born in the ‘Azad Bharat’.”

Prime Minister Narendra Modi and German Chancellor Olaf Scholz co-chaired the sixth edition of the India-Germany Inter-Governmental Consultations-IGC in Berlin. The biennial IGC is a unique dialogue format that also sees participation of several Ministers from both sides. This was the Prime Minister’s first IGC with Chancellor Scholz and also the first such Government-to-Government consultations of the new German Government, which assumed office in December last year.

In the joint press statement following the discussions, Prime Minister Modi said, as democracies, India and Germany share common values. He said that based on these shared values and common interests, India – Germany bilateral relations have made remarkable progress over the years. On the Ukraine crisis, Mr Modi said, India has from the very beginning called for ceasefire as it believes dialogue is the only way forward. He said, no party can emerge victorious out of this conflict and therefore, India supports peace. He said, India is very concerned about the humanitarian impact of this war.

Mr Modi thanked Chancellor Scholz for the warm welcome accorded to him. He expressed happiness that his first foregn visit this year was to Germany. Prime Minister Modi said, the Inter-Governmental Consultations held today has given new direction to India-Germany Partnership. He informed that Germany has committed to support Green Goal Plans of India.

German Chancellor Olaf Scholz invited Prime Minister Modi for G-7 summit to be held in Germany. He said, India’s role is important in global economy and climate change talks. He said, the world can only develop if futue relations are characterised and marked by many countries and not by a few powerful countries.

In a tweet ,PM Modi said about his Germany visit,he said ,”My Germany visit has been a productive one. The talks with @Bundeskanzler Scholz were extensive and so were the Inter-Governmental Consultations. I got a great opportunity to interact with business and Indian community leaders. I thank the German Government for their hospitality”.

After his Germany visit, Prime Minister Narendra Modi will proceed to Copenhagen today on an official visit at the invitation of Prime Minister of Denmark Mette Frederiksen. This will be his first visit to Denmark and third summit-level interaction with the Danish Prime Minister. The discussions will focus on bilateral issues as well as issues of global and regional interest. Mr. Modi will also attend an India-Denmark Business Forum and address members of the Indian diaspora.

PM Modi will participate in the 2nd India-Nordic Summit along with Prime Ministers of Denmark, Iceland, Finland, Sweden and Norway.

On the last leg of the tour, the Prime Minister will briefly stop over in Paris and meet French President Emmanuel Macron. The visit to France will provide an opportunity to carry forward the high level engagement between the two countries post the French Presidential elections.

My Germany visit has been a productive one:PM Modi 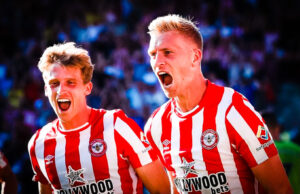