Premier League: Chelsea Beat Southampton 3-1 ;moved to the top of the table 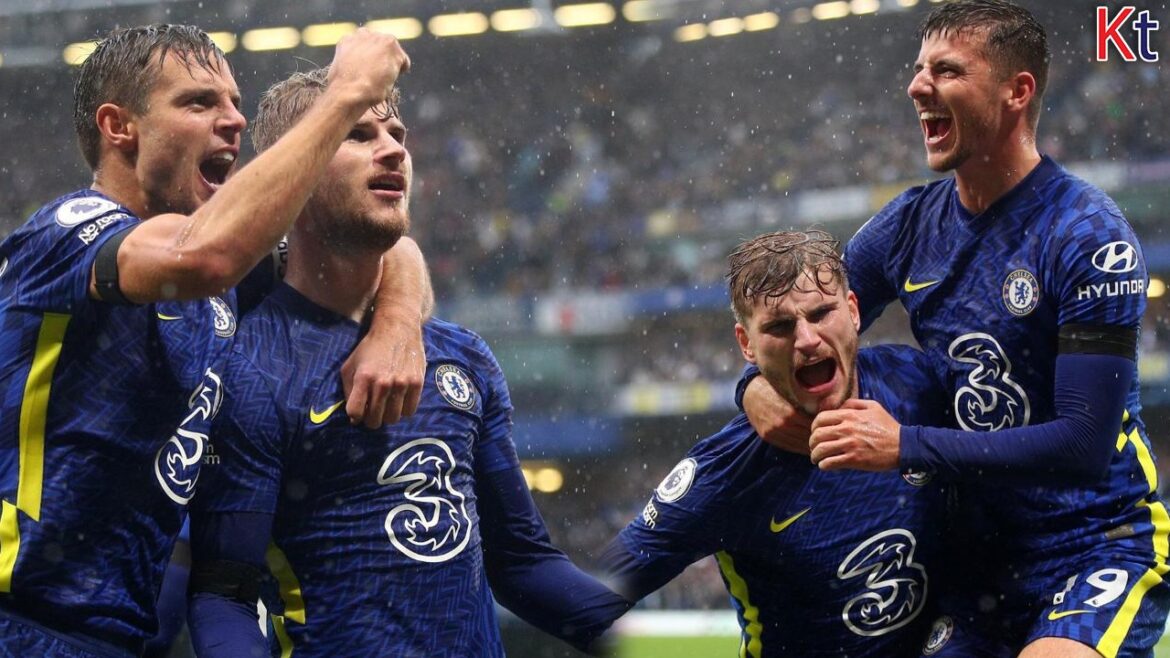 Chalobah, Werner and Chilwell scored for Chelsea FC to the top of the Premier League .
Chelsea are on 16 points, two clear of Liverpool having played a match more, while Southampton drop to 17th on four points.
Man Utd missed their chance to move ahead of Liverpool into top spot – their loss (well, draw) was Chelsea’s gain. Thomas Tuchel’s side will occupy first place until at least tomorrow, when the Reds host Man City.
They left it late, but they eventually beat spirited 10-man Southampton 3-1. Their win included Timo Werner’s first goal of the season, after James Ward-Prowse’s sending off.
Trevoh Chalobah opened the scoring for Chelsea on nine minutes, heading in at the far post after Ruben Loftus-Cheek had flicked on Chilwell’s corner.

🗣 "It was absolutely a deserved victory. It was an entertaining match of football."#CFC returned to winning ways following successive 1-0 defeats, and Thomas Tuchel was pleased with his side's performance, but not some of the refereeing decisions! 👀 pic.twitter.com/FYQWQRXAjc