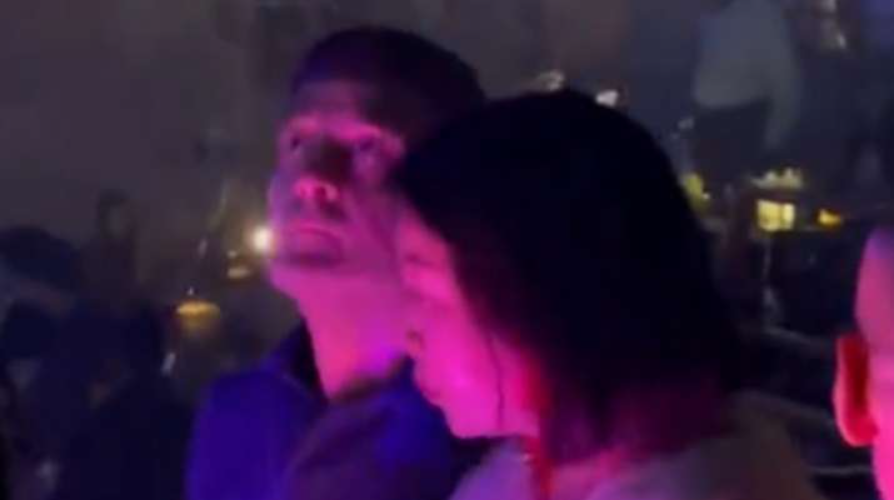 Rahul Gandhi, the Congress leader, was captured on film partying with pals in a nightclub. The undated film is thought to have been recorded at Kathmandu’s LOD- Lords of Drinks nightclub.

Rahul is now in Nepal for his journalist buddy Sumnima Udas’ wedding. According to reports, the event took place yesterday at the Marriott Hotel in Kathmandu.

On Monday afternoon, Rahul was spotted at the Tribhuvan International Airport with three other people.

It’s worth noting that Rahul left the country when Congress president Sonia Gandhi met with poll strategist Prashant Kishor to discuss his probable entry into the party.

The BJP has slammed Rahul’s international trip as violence has erupted in Congress-ruled Rajasthan’s Jodhpur.

“When Mumbai was under attack, Rahul Gandhi was in a nightclub. He’s in a nightclub at a moment when his party is going off the rails. He is dependable. Surprisingly, since the Congress rejected to outsource its presidency, hit jobs against their Prime Ministerial candidate began almost immediately…” The BJP’s IT Cell leader, Amit Malviya, tweeted.

Interestingly, soon after the Congress refused to outsource their presidency, hit jobs have begun on their Prime Ministerial candidate… pic.twitter.com/dW9t07YkzC

“Vacation, party, holiday, pleasure trip, private foreign visit, and so on are increasingly commonplace in the country…” Kiren Rijiju, the Union Law Minister, sent out a tweet.

“Rajasthan is on fire, but Rahul Gandhi wants to party rather than lead his own party.” He tweets about India’s numerous crises, but he likes bars to ‘Bharat ke log.’ Rahul is a ‘party time’ politician, not just a part-time politician.

“The lie of Rahul Gandhi has been exposed. For the Nehru family, this is a familial tradition “Vishvas Sarang, the Minister of Madhya Pradesh’s Bhopal Gas Tragedy Relief and Rehabilitation, said.

“…having relatives and friends, as well as attending weddings, is a part of our culture and civilization. Attending a wedding party is still not considered a crime in this nation. Perhaps after today, the BJP will declare it illegal to attend a wedding and to have friends “he stated

The Congress leader is expected to stay in Kathmandu for five days and may travel to Rara or Mustang. It is unknown whether he will meet with Nepalese political leaders.

Rahul Gandhi has previously visited Kathmandu on a pilgrimage to Kailash Mansarovar in the Tibet Autonomous Region in August 2018.