Union Minister and BJP leader Smriti Irani on Friday reached a poll-bound state of West Bengal for a day-long visit. According to sources, the Union Minister is scheduled to participate in BJP’s Parivartan Yatra at South 24 Parganas district along with MP Roopa Ganguly,BJP’s State Mahila Morcha president Agnimitra Paul and other part leaders and supporters . Upon her arrival, the BJP leader was seen riding a scooter and conducting a roadshow in the Sonarpur area  area of South 24 Parganas district.

Smriti Irani while interacting with media  she said that Mamata Banerjee’s recent attacks on Prime Minister Narendra Modi and BJP overall, she said that Mamata has just given an introduction of her own moral values so far and now the people of West Bengal will give befitting reply in upcoming Assembly Polls  to her by electing BJP. 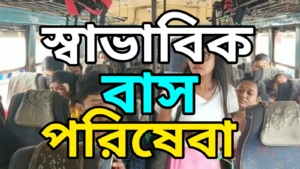