Spain secured a place in the final four after a hard-fought win in Portugal. It could be said that Portugal had chances, which was true, but the final 30 minutes were all about Spain 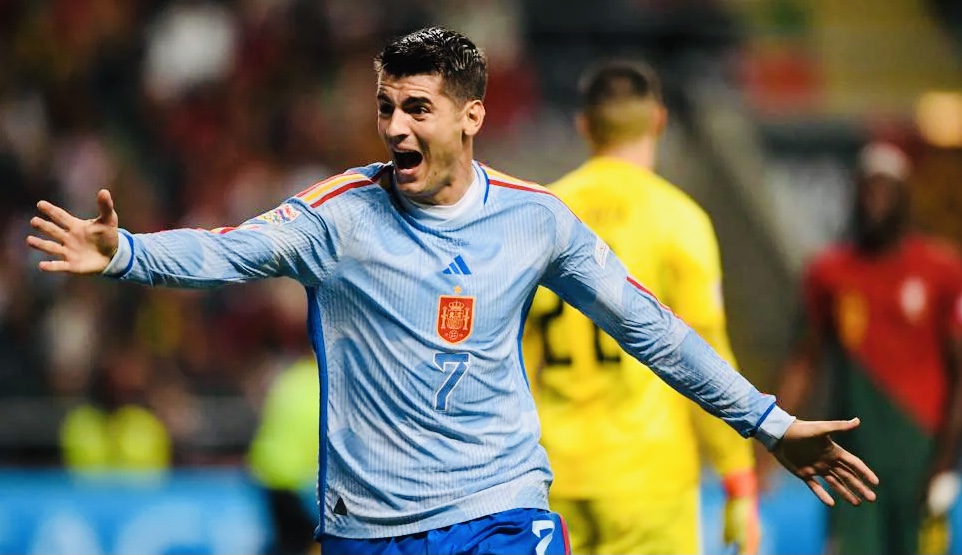 Spain secured a place in the final four after a hard-fought win in Portugal. It could be said that Portugal had chances, which was true, but the final 30 minutes were all about Spain. When Morata scored it was too late for any Portugal reaction. As happened recently against France and Serbia, Portugal failed in a home match when they only required a draw. This was not third time lucky, as Santos predicted.

🇪🇸 Álvaro Morata sends Spain through to the finals with an 88th minute winner!#NationsLeague pic.twitter.com/AdgPkwBSUf

Spain’s second-half pressure eventually paid off as Portugal were unable to test the visitors’ goalkeeper as often as they did in the opening period. Luis Enrique’s side rarely created up until the introduction of their young prospects on the hour mark, and Williams coming off the bench gave them further attacking impetus. La Roja will get their opportunity to go one further than last season’s competition.

In 88 minutes of the match Spain have broken the deadlock.Their pressure finally pays off.Carvajal’s searching delivery to the far post picks out the run of Williams to the far post, who nods unselfishly into the centre of the box for the unmarked Morata, who is left with a simple finish from close range.

Morata struck for his 13th goal under Luis Enrique – no player has bagged more for the current La Roja coach.

Portugal coach Fernando Santos said ,”We have to maintain the same pattern of play regardless of the opponent. We managed to do this for a while. We circulated, pressed and created opportunities. In the second half, we defended higher up the field. Then we lost the ability to keep possession. We won the ball and we couldn’t start our game. Spain started pushing and without having a real chance, scored.”

Spain coach Luís Enrique said, “It is a wonderful sport in which victory is the best antidote for any sadness. Portugal are a top team. In the first half, I insisted a lot, perhaps too much, on having the ball and we did. It is clear that we prefer to control the passing in the opponent’s half. The first half was necessary to show that the ball was ours. In the second half I had the feeling that the goal was going to come. We’ve made it back to the final four and that is a great joy.”