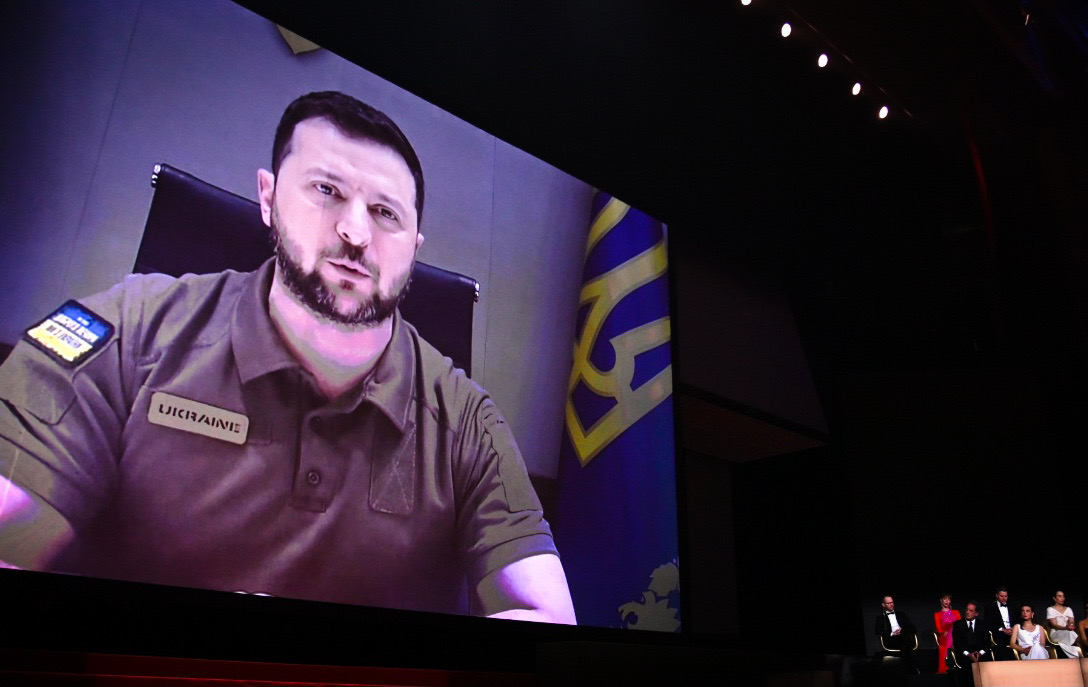 Ukraine’s President Volodymyr Zelenskyy made a surprise video address at the opening ceremony of the Cannes Film Festival on Tuesday.

The 75th Cannes Film Festival kicked off Tuesday with an eye turned to Russia’s war in Ukraine and a live satellite video address from Ukrainian President Volodymyr Zelenskyy, who called on a new generation of filmmakers to confront dictators as Charlie Chaplin satirized Adolf Hitler.

“Our future depends on cinema.” The strong words of Volodymyr Zelenskyy during the Opening Ceremony of the 75th Cannes Film Festival.

“Hundreds of people are dying every day. They won’t get up again after the clapping at the end,” he told the audience, which had reacted with surprise when the pre-recorded message was introduced.

“Will cinema keep quiet, or will it speak up? If there is a dictator, if there is a war for freedom, once again, everything depends on our unity. Can cinema stay outside of this unity?” Ukrainian President Zelenskyy added.

President Zelenskyy referred to the power of cinema during World War II, including the 1940 Charlie Chaplin film “The Great Dictator”, which mocked Nazi leader Adolf Hitler.

“Chaplin’s dictator did not destroy the real dictator, but thanks to cinema, thanks to this film, cinema did not stay quiet,” Zelenskyy said.

Ukraine President Volodymyr Zelenskyy said ,”We need a new Chaplin to prove today that cinema is not mute. Will cinema keep quiet, or will it speak up? Can cinema stay outside of this?”