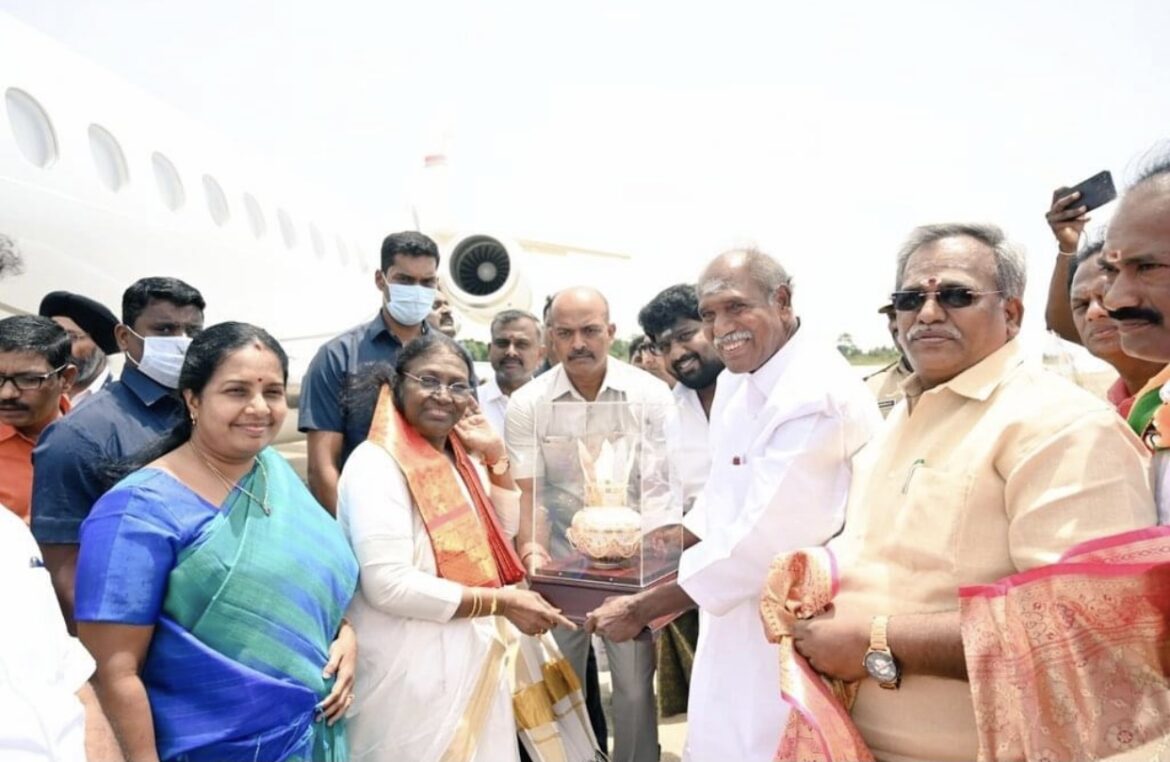 In a simple function held in Puducherry today, she met the legislators to seek their support in the upcoming Presidential election. She was accompanied by the MoS for External affairs Muralidharan and MoS for Information and broadcasting L.Murugan.

Chief Minister Rengasamy, all Ministers, ruling All India NR Congress and BJP MLAs along with independent MLAs attended the function.

In the UT, the All India N.R. Congress has 10 seats and its alliance partner BJP has 6 seats. DMK is the main opposition party with 6 seats. There are 6 independent legislators. The 3 nominated MLAs have no voting power.

Bollywood hottie Disha Patani flaunts her stunning figure in a charming dress. She turns up the heat in this outfit and looks super sultry