AC Milan Win The Serie A 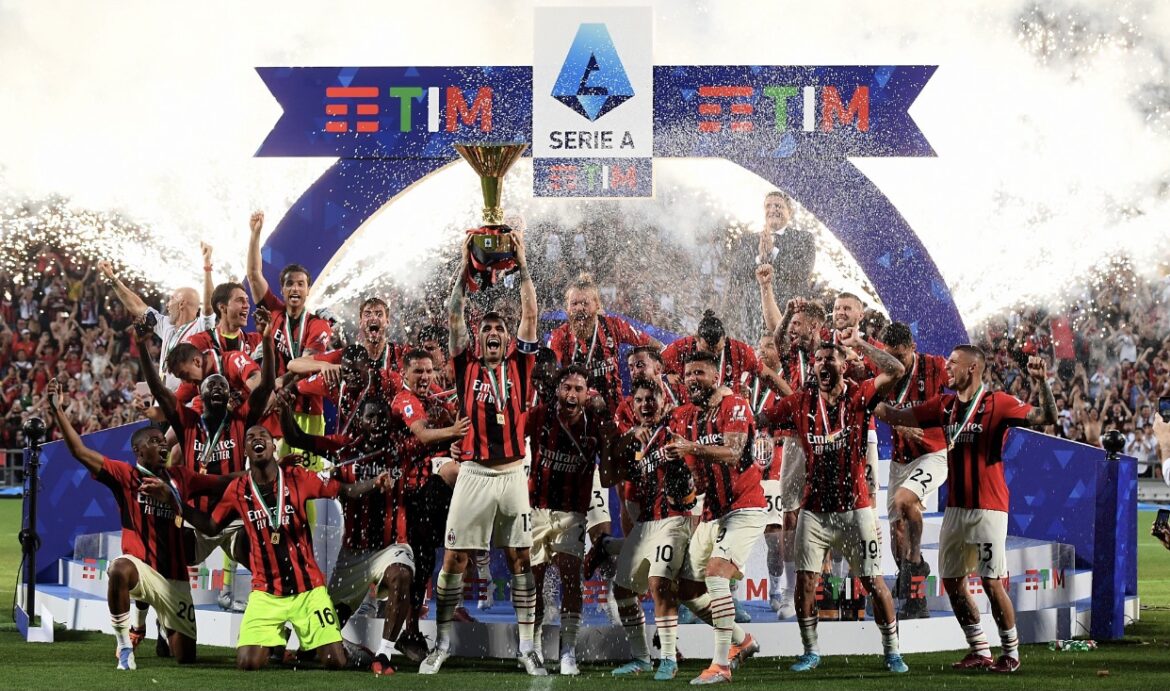 A.C. Milan clinched their first Italian Serie A title in 11 years, after earning a 3-0 final-day victory at Sassuolo on Sunday, with a double from Olivier Giroud and one goal from Franck Kessie, sealing the Scudetto in style.

Stefano Pioli’s side came into the final round of fixtures knowing a point would be enough for them to finish on top, ahead of rivals Inter Milan, but after Giroud scored in the 17th minute, a 19th Serie A title never looked in doubt.

Frenchman Giroud scored a second goal in the 32nd minute to put Pioli’s men on course for the trophy, without needing to be concerned with how Inter were doing on the back field at the San Siro stadium.

Stefano Pioli’s side finish on an incredible 86 points and become the youngest side ever to win a title in the three points era in Italy as per Opta.

The championship could not have been won without some key contributions such as the incredible debut seasons of Mike Maignan (17 clean sheets) and Olivier Giroud (11 goals and 4 assists).

The experience, chemistry and composure of Franck Kessie (6 goals) and Ismael Bennacer (2 goals and 1 assist).

Second round berth for Stefanos Tsitsipas

We want to see fighter Sourav back...