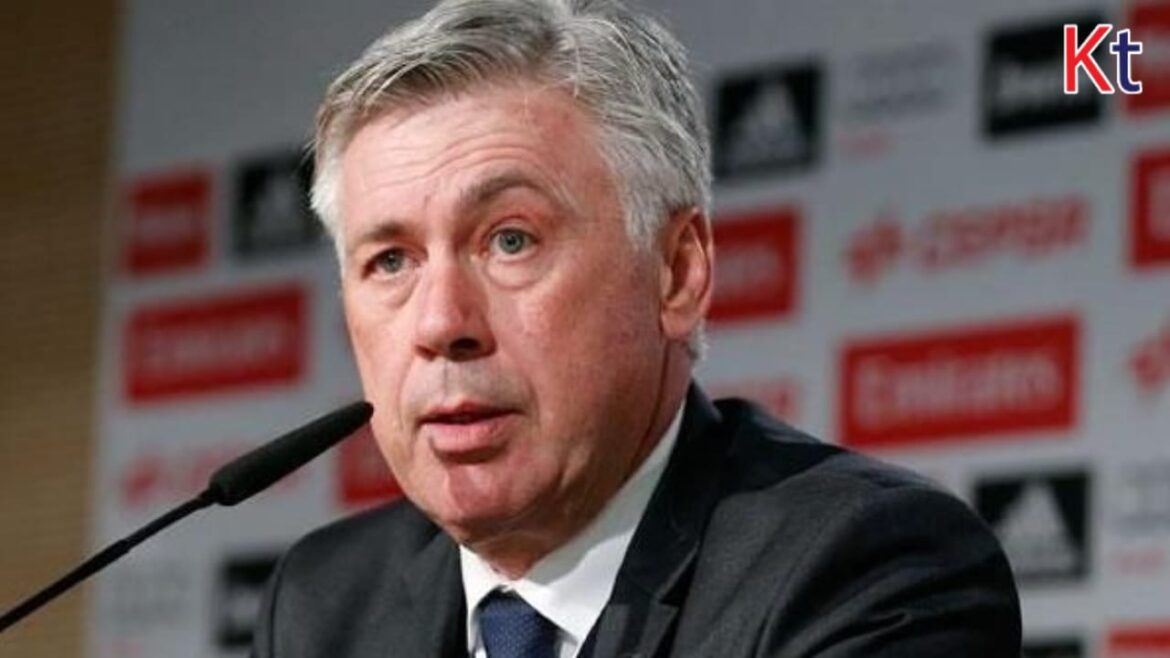 After Real Madrid’s draw against Betis at the Santiago Bernabeu Carlo Ancelotti spoke about on the final game of the league campaign ,he said , “I’d give ourselves top marks because it’s been a season where we started well and we’ve finished stronger. We’ve been consistent. Sometimes we’ve played extremely well and sometimes not so well, but the team’s always shown commitment. We have to praise the individual performances of Courtois, Karim, Vinicius as well as the rest of the squad. The collective work has been excellent and so have the players who have made fewer appearances”.

The atmosphere’s been incredible and I thank the players for respecting my decisions. They’ve never given up even if they didn’t get to play and I’ve benched players who’ve won four Champions League trophies. The atmosphere at Valdebebas has been the difference this season”.
Carlo Ancelotti on Alaba ,he said ,“Alaba will be fit for the final. We didn’t need to take any risks tonight. He’ll rejoin the group on Monday and will be at 100%. It’s true that it’s been a while since he last played, but in these kinds of games, the fitness aspect isn’t the only one that is vital, with ability and experience also playing a role. Davide (Ancelotti) wasn’t here tonight because he’s away doing a UEFA Pro course in Wales and he had to go there for two days, but he’ll be back on Sunday.”

Carlo Ancelotti on Marcelo,he said ,“He hasn’t said his farewells yet because he’s still our captain and will be for the final too. If he does say his goodbyes, it’ll be a farewell from one of the greats of the world game and one of the best wing-backs on the planet.”

Carlo Ancelotti on Rodrygo, he said ,“He’s an important player. He’s often made all the difference when he’s come off the bench. He’s also performed well when he’s started games. It’s a decision I have to take officially in the coming days, but I’m already clear on what I’m going to do.”

Carlo Ancelotti on Isco,he said ,“I mentioned to Isco before that he made his debut in my first game here at Madrid and scored a header. This is the end of a fantastic career at Real Madrid. Yes, he could have done more, but he’s been an important part of this team in recent years. He’s featured in important games and in finals. He’s always competed well and proved his quality. I wish him all the best.”

Carlo Ancelotti on Bale,he said,“He wasn’t on the bench tonight because he wasn’t fit. He wanted to say farewell to the fans here at the stadium. He’s got one last chance because he’ll be fit for the final.”

Kylian Mbappe will renew with PSG