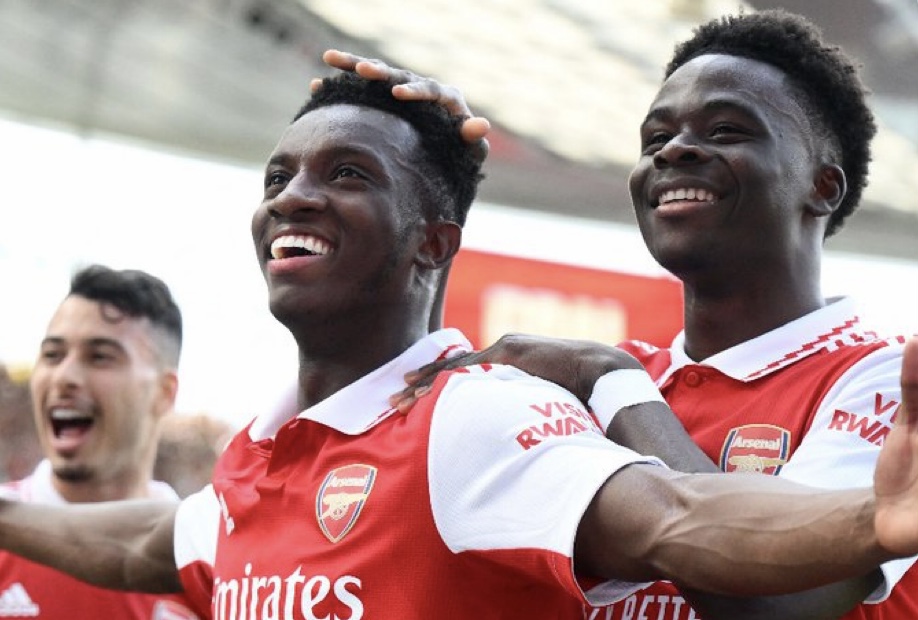 Mikel Arteta’s Arsenal recorded a comfortable 5-1 win against Everton, but had to settle for fifth on the final day.

Gabriel Martinelli’s penalty broke the deadlock on 27 minutes after a handball by Alex Iwobi.

Martinelli turned provider four minutes later, as he flicked on a corner for Eddie Nketiah to bundle in.

Donny van de Beek pulled one back for Everton in first-half stoppage time, tapping in a Dominic Calvert-Lewin cross.

Two goals in quick succession from Cedric Soares and Gabriel put Arsenal firmly in control after the break, before Martin Odegaard added a late fifth.

Arsenal finish a place below Tottenham Hotspur on 69 points, two fewer than their north London rivals.

Everton, who guaranteed their Premier League safety in midweek, finish 16th with 39 points.

Arsenal coach Mikel Arteta said ,”I think the team tried to give back what the supporters in this stadium, the away fans are giving us all season. Which is some emotion, goals, play the way we want to play, and then yeah, we came short for a few points, and the way it happened it’s painful.”

💬 "You can sense the emotion, the motivation, the support and the real attachment to the team."