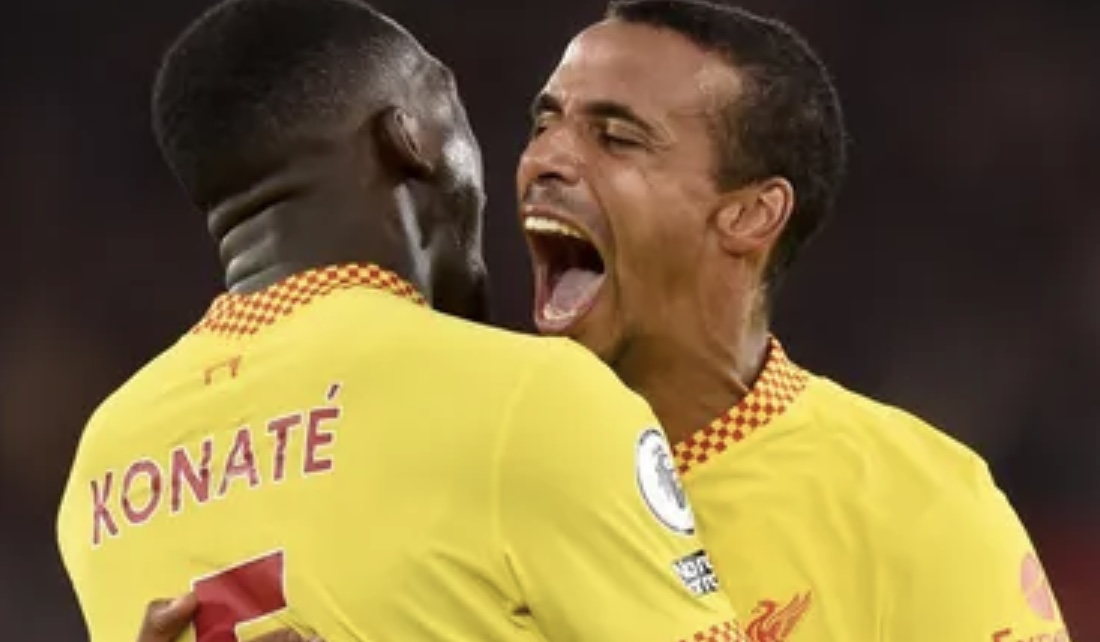 Jurgen Klopp’s Liverpool took the Premier League title race to the last day of the season as goals from Takumi Minamino and Joel Matip gave them a 2-1 comeback win at Southampton.

The victory leaves them one point behind leaders Manchester City ahead of the final matches of the campaign on Sunday.

The title hopes of a much-changed Liverpool side hung in the balance in the 13th minute when Nathan Redmond ran half the length of the field before curling a shot into the top corner to give Saints the lead.

But Takumi Minamino, who was on loan at St Mary’s last season, equalised from a tight angle after swift passes by Joe Gomez and Diogo Jota.

Jota and Harvey Elliott missed chances to put Liverpool in front early in the second half but they claimed a vital three points when Konstantinos Tsimikas’s corner was headed n by Matip.

Heading in a crucial winner to take all three points at St Mary's 🤩 pic.twitter.com/CkQ9WEdC60

Liverpool are in second on 89 points, while Southampton stay 15th on 40.

Liverpool coach Jurgen Klopp said,”I think [it was] an incredible performance as well, making nine changes. If it wouldn’t have worked out it would have been one thousand per cent my responsibility. Now, it worked out and it’s one thousand per cent the boys’ responsibility because I can ask for a lot, [but] the boys have to do it. I thought they did exceptionally well. I saw incredible performances tonight. I saw a group reacting to a blow; I didn’t see it back, the [Jota] situation, [but] at least I thought it was a clear foul. In these situations you can lose nerves, or whatever, a little bit. The boys on the pitch not at all. They just kept going.

We scored a disallowed goal, we scored a goal – Taki’s goal – [we] controlled the game [and] you know much better than me how Southampton want to play. They want to go for us, and press and stuff like this. We played in all the spaces they couldn’t get us. So, that calmed the atmosphere down, obviously, and it became more a normal game and not the game Southampton wanted. That was good second half [and we] scored the second goal. Great. And then the last 10 minutes, this group didn’t play now 500 times together and you could see that with the changes and all this stuff. We have to work on how we can play time down without getting in trouble. Ali was there and [a] really deserved three points. Fantastic, absolutely fantastic.

Actually, I’m so happy about the performance, it was a bit touching. Honestly, wow. These boys. [It’s] like having Ferraris in the garage and you let them out and they directly do it like this. Harvey, I’m not sure when he played last time. Curtis, no rhythm, played from time to time. Takumi Minamino, it’s a crime he’s not playing more often, these kind of things really. Oxlade didn’t even play and is in outstanding shape, so all these kinds of things. It’s really tough for the boys, sometimes, but whatever happens this year happens because of this group. It’s exceptional, and tonight they showed that again.”