RCB chase down GT for 169 runs thanks to Virat Kohli’s masterclass. 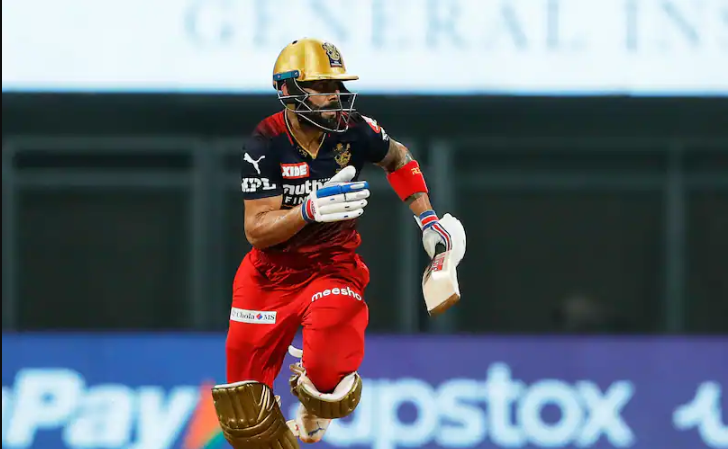 Highlights from IPL 2022 Royal Challengers Bangalore against Gujarat Titans: Virat Kohli’s 73-run masterpiece helped RCB beat GT by 8 wickets. Glenn Maxwell finished the innings in style. In the chase for 169 runs against GT, Virat Kohli was dismissed after a stunning fifty, while Faf Du Plessis was out after a well-made 44. Earlier, Hardik Pandya scored an unbroken fifty and Rashid Khan bowled some brilliant strokes to help GT record 168/5 in 20 overs against RCB. Earlier in the game, hitter David Miller was hit for 34 runs.

After Gill was dismissed earlier, GT were startled with two early wickets as Matthew Wade followed Gill out. GT were reduced to 62/3 in 9 overs as Saha was also run-out. Wriddhiman Saha and Shubman Gill had things going nicely, but the latter was quickly undone by an amazing catch by Glenn Maxwell. Hardik Pandya, the GT captain, won the toss and chose to bat against Faf du Plessis’ RCB.

When the Royal Challengers Bangalore take on the Gujarat Titans in a key IPL 2022 match at Wankhede Stadium in Mumbai on Thursday, they will be looking to qualify for the playoffs. With seven victories from 13 games, RCB is presently sixth in the Points Table, while GT is first with ten wins from 13 games. A victory for RCB would put them in a solid position to finish in the top four in the group stage this season.