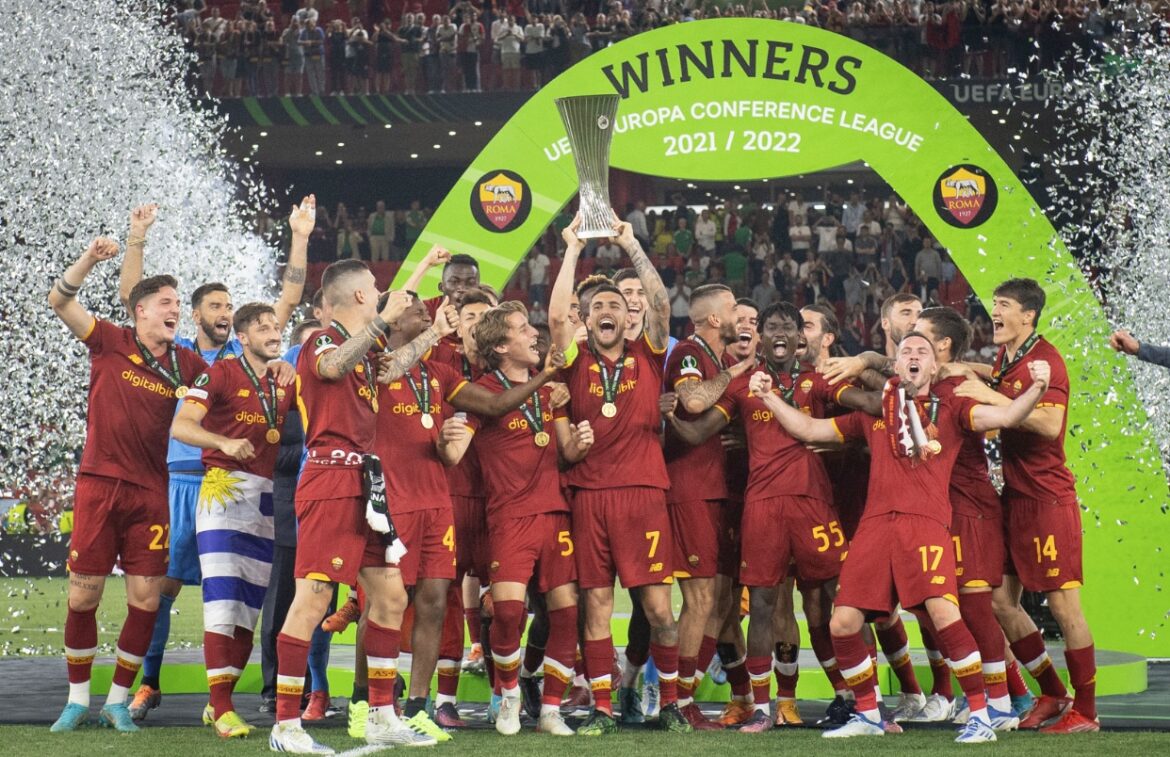 Roma defeated a feisty Feyenoord side in Tirana to claim the inaugural UEFA Europa Conference League title and become the first Italian team to win a European club competition since 2009/10, with José Mourinho becoming the first coach to win all three current men’s UEFA club trophies.

It was a cagey opening in Tirana, as both sides cautiously probed and looked to test their opponents’ mettle. The National Arena was bouncing, as over 21,000 supporters filled the stadium for the competition’s climax, Feyenoord’s Legioen inspiring their side from the north stand as their Italian counterparts bellowed from the south.

Roma made the first meaningful advance, but Nicolò Zaniolo’s outstretched leg was a whisker away from a cute Lorenzo Pellegrini through ball. However, not long after, the forward took his chance, this time latching on to Gianluca Mancini’s delivery, bringing it under control, and clipping over Justin Bijlow to break the deadlock.

The closer the angle, the better it looks 🤩

Spurred on by their supporters, Feyenoord swiftly looked to reply, forcing Rui Patrício to deal with a succession of threats – Orkun Kökçü’s rifled effort the most dangerous of the bunch.

In a rapid start to the second half, Mancini diverted onto his own post, before Rui Patrício sprawled to tip Tyrell Malacia’s long-range effort onto the woodwork. Danger averted, Mourinho’s men could take a breath.

As the stadium rocked, momentum continued to swing in Feyenoord’s favour and Cyriel Dessers was next to have a sniff as he attempted to bundle his way through the Roma penalty area, only to be thwarted by last man Chris Smalling. 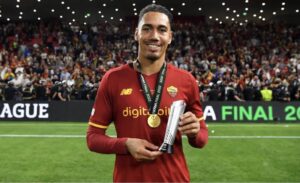 Player of the match Chris Smalling.:”It was a great defensive display. He always won his individual duels and was as solid as a rock in the heart of the Roma defence,”
UEFA Technical Observer panel.

Feyenoord goalkeeper Justin Bijlow said ,”The first half, we didn’t put them under as much pressure as we did in the second. We played the ball round at the back, and that suits them. In the second half, we had more possession and opportunities. It’s a pity we didn’t start this way.”

Feyenoord coach Arne Slot “I told the players during the break what they had to do better. In the second half, we were sharp from the first moment, but you need a bit of luck and we didn’t get it. We had the time and opportunity to score and we didn’t. Maybe that’s to do with the quality of the opponent.”

AS Roma striker Tammy Abraham said ,”I said when I came here that I’m going to help my team get to the final and one day I want to win a trophy. In my first season, I’ve achieved that. Credit to my team-mates for excellent performances. We’ve deserved it; we worked hard all year.”

A S Roma coach Jose Mourinho said ,”Winning is very difficult. You need many ingredients. Our team has played 55 games. We reached the final being tired, but we kept it hidden. This is a fantastic group of players; that makes me emotional. We struggled in the second half; our opponents played well and they forced us to make defensive changes.”

The celebrations don't stop, not even in the press conference… 🤣@ASRomaEN | #UECLfinal pic.twitter.com/Imh3UeQ2Zy 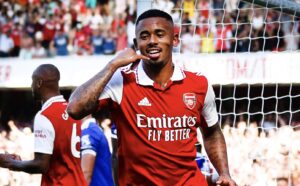