Second round berth for Stefanos Tsitsipas 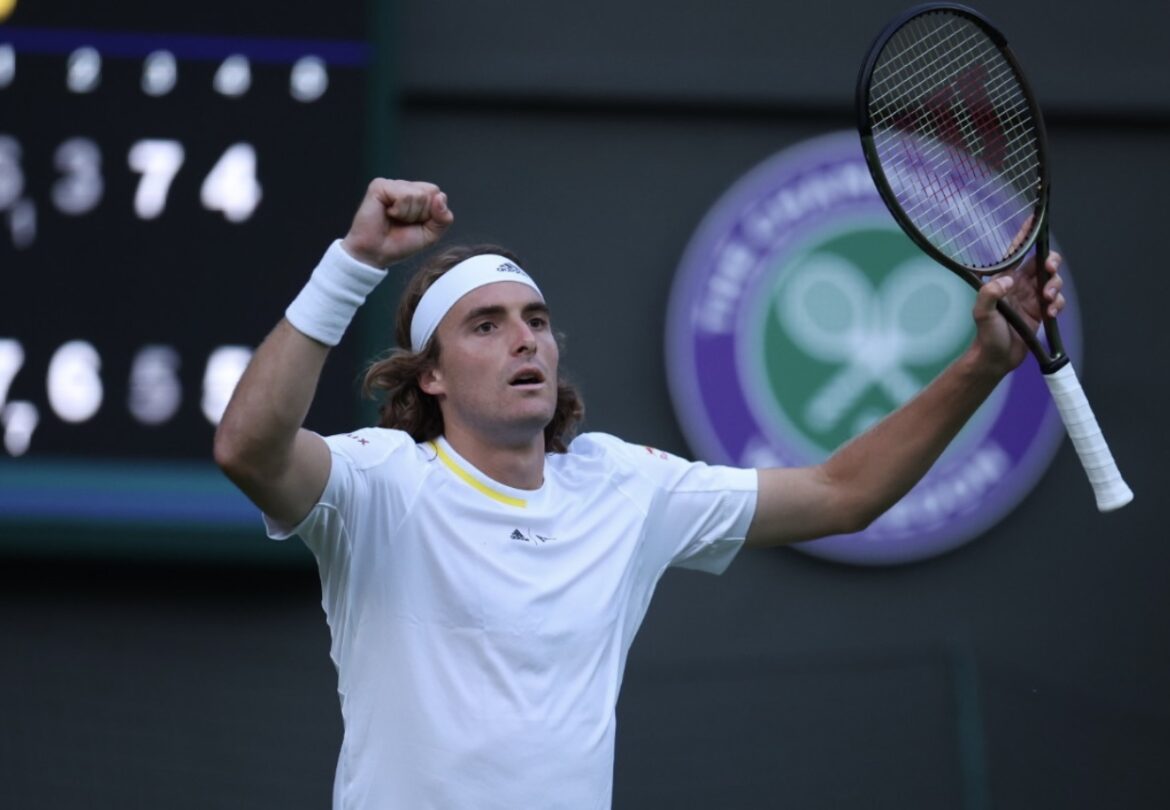 Competing in his 20th Grand Slam, No.4 seed Stefanos Tsitsipas has reached the second round at Wimbledon for the second time in five appearances.

The Greek world No.5 will now face Australia’s Jordan Thompson following a four set victory over Swiss qualifier Alexander Ritschard   7-6(1) 6-3 5-7 6-4 on No.1 Court.

Tsitsipas reached the fourth round in 2018 becoming the first Greek man to reach the last 16 at a Grand Slam since Nicky Kalogeropoulos at Wimbledon 1964, but then fell in the first round in 2019 and again in 2021.
Ritschard, who was making his Tour-level main draw debut on Tuesday, came through three rounds of Wimbledon Qualifying in only his second appearance in Qualifying at a Grand Slam.

We reckon @steftsitsipas is enjoying being back in action at #Wimbledon 😄 pic.twitter.com/vu22JsVTex

It’s another fresh start for the determined Tsitsipas, who is embracing every opportunity on the grass of Wimbledon.
“It’s pure, clean tennis. I haven’t had the privilege of starting Wimbledon with a title before the week before. That gives me a lot of confidence on having a strong start this year,” he said.
“It made me kind of fall in love more with the surface.”