Sebastien Haller scored at both ends as a barnstorming UEFA Champions League round of 16 encounter ended all square between Ajax and Benfica in Lisbon.

A pulsating, unpredictable showdown comes to an end with a scoreline that both teams will be satisfied with. Despite the frenzied pace of the contest, Ajax seemed in control at half-time thanks to Haller continuing his record-breaking run in the UEFA Champions League. Benfica then demonstrated their determination not to head to Amsterdam behind, deservedly equalising through substitute Yaremchuk. It ends 2-2!

Ajax won six out of six in the group stage and picked up where they left off here, Antony’s outrageous nutmeg in the opening 60 seconds setting the tone. They were ahead on 18 minutes, Dusan Tadic applying the cool final touch to punish Benfica for some lax play at the back.

Jan Vertonghen soon made amends for the collective, fizzing in a cross following a corner that struck Haller’s foot and rolled into the net. The towering striker was far more assured at the other end three minutes later, tucking in his 11th of the competition in this, his first season.

Ajax have scored 22 goals in the Champions League this season, matching their previous highest totals recorded in 1995/96 and 2018/19.

Haller almost made it 12 on half-time but couldn’t quite adjust when Edson Alvarez’s effort cannoned off the post into his path. Benfica were rocking but after the break Rafa Silva and Darwin Nunez got them rolling. The pressure cranked up until Goncalo Ramos’s shot was parried and substitute Roman Yaremchuk won the race to nod it in.

Benfica have lost only one of their last 16 European matches against Dutch clubs (W8 D7).

Ajax’s Mazraoui is the Player of the Match.

Benfica’s Jan Vertonghen said , “We had the better chances in the second half. In the end, the game could have gone either way. Ajax were very good in possession and we were very good at playing into the space that was created as a result. All in all, this is an acceptable result to take to Amsterdam.”

Benfica coach Nelson Veríssimo said ,”I’m satisfied with the performance, not the result. It was a 50-50 game, both teams trying to win. This game was played with great intensity from start to finish.”

Ajax’s Dusan Tadic said , “I’m not happy. In the second half we should have created more with our qualities. Benfica are always difficult to play against, especially in this stadium. We will have a full stadium in Amsterdam, though, and we know we can win.”

Ajax coach Erik ten Hag said ,”I have something of a double feeling about the game. It’s a good result but, on the other hand, we let it slip. We had two or three good chances that we didn’t convert. Alvarez, Gravenberch and Antony all could have scored. And then we conceded on the counter, completely unnecessary.”

Thanks to our amazing supporters! Your presence make us stronger :Cristiano Ronaldo 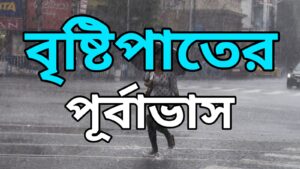