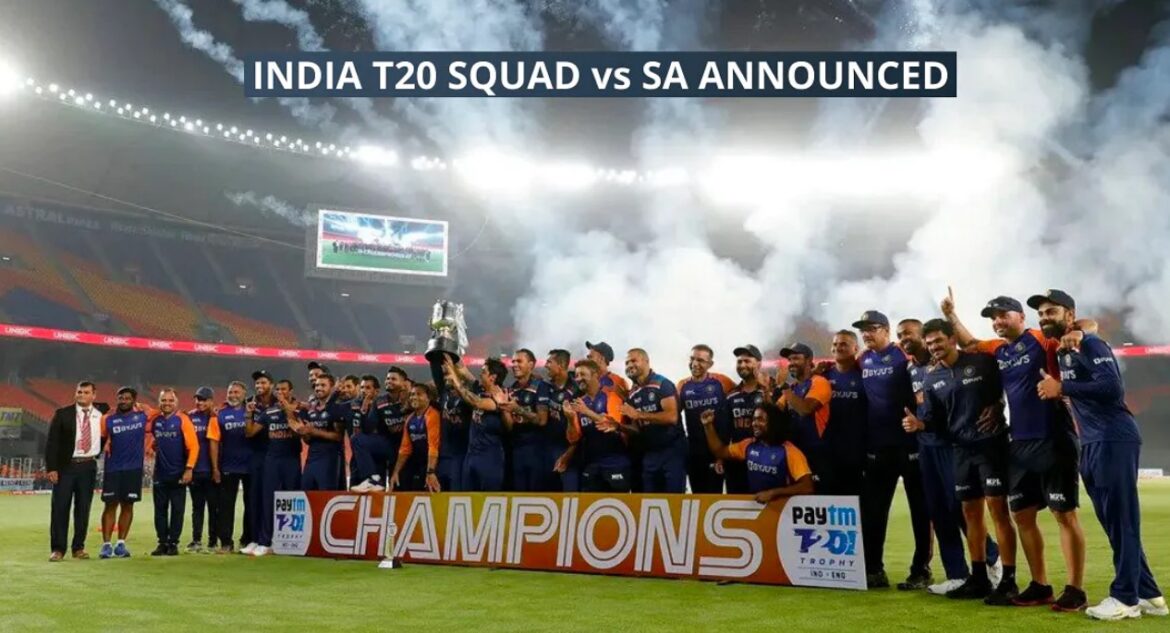 The roster appears to be the same as the one that played against Sri Lanka earlier this year, since the selectors did not appear to follow the form of the players in the IPL.

Venkatesh Iyer, Deepak Hooda, Ishan Kishan, Rituraj Gaikwad, and Shreyas Iyer were among those retained from the side that faced Sri Lanka.

Dinesh Karthik received an award for his performance in the IPL. He has been in excellent form as a finisher for Royal Challengers Bangalore, and he has been included in the team due to his bat performance.

Hardik Pandya, who has regained full fitness and is back bowling, has also been included in the squad. Yuzvendra Chahal, Ravi Bishnoi, Kuldeep Yadav, and Axar Patel have been chosen for the spin department.

Umran Malik and Arshdeep Singh have been included to the Indian team for the first time in the speed department. The experienced Bhuvneshwar Kumar has kept his berth, while Harshal Patel has also been selected.

Senior hitters Rohit Sharma and Virat Kohli, as well as bowler Jasprit Bumrah, have been sidelined from the series, as expected.

Prior to the announcement, it was expected that Hardik Pandya would captain the team, but the selectors appear to have gone with a mix of young and veteran players.