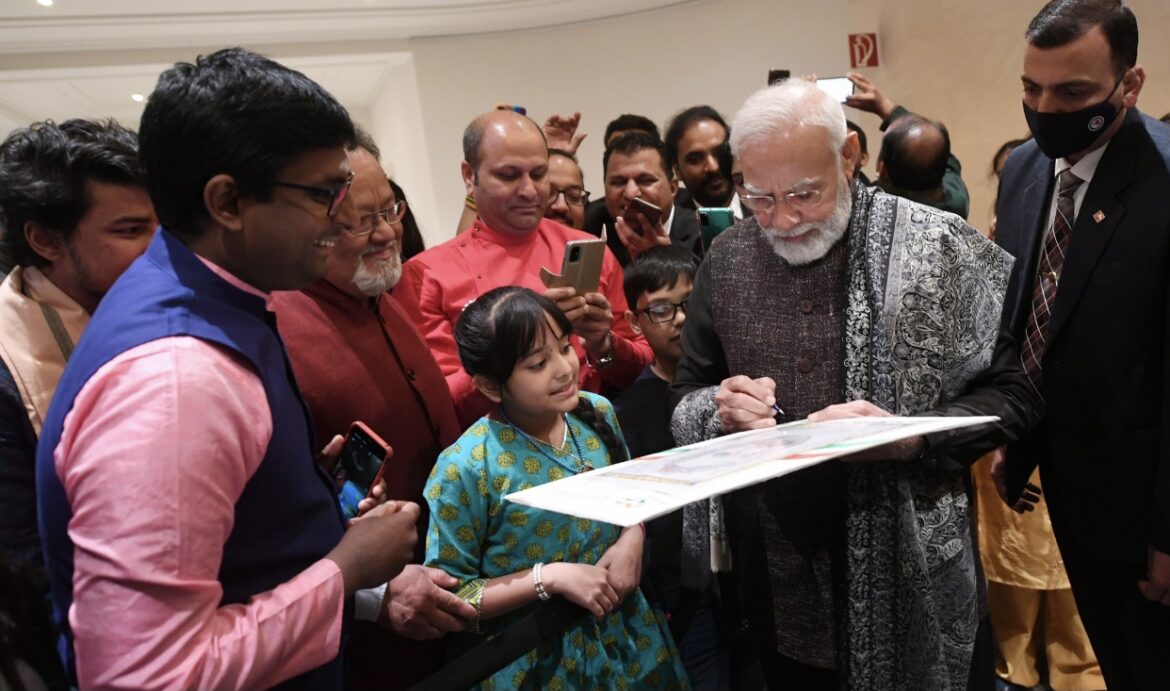 Prime Minister Narendra Modi held bilateral discussions with German Chancellor Olaf Scholz in Berlin this evening. Prior to this, PM Modi was given a ceremonial welcome at the Federal Chancellery.

Prime Minister Narendra Modi reached Berlin, capital of Germany earlier in the day during the first leg of his official visit to three European nations.

He got a warm welcome from the Indian diaspora on his arrival. In a tweet, the Prime Minister said, it was wonderful connecting with the Indian community and India is proud of the accomplishments of its diaspora.PM Modi expressed confidence that this visit will boost the friendship between India and Germany. He also interacted with Indian diaspora. In a tweet PM Modi said ,’It was early morning in Berlin yet several people from the Indian community came by. Was wonderful connecting with them. India is proud of the accomplishments of our diaspora.’

It was early morning in Berlin yet several people from the Indian community came by. Was wonderful connecting with them. India is proud of the accomplishments of our diaspora. pic.twitter.com/RfCyCqJkPY

Prime Minister Modi and the German Chancellor will co-chair the sixth edition of the India-Germany Inter-Governmental Consultations-IGC. The biennial IGC is a unique dialogue format that also sees participation of several Ministers from both sides. This will be the Prime Minister’s first IGC with Chancellor Scholz and also the first such Government-to-Government consultations of the new German government, which assumed office in December last year.

On the last leg of the tour, the Prime Minister will briefly stop over in Paris and meet French President Emmanuel Macron. The visit to France will provide an opportunity to carry forward the high level engagement between the two countries post the French Presidential elections.