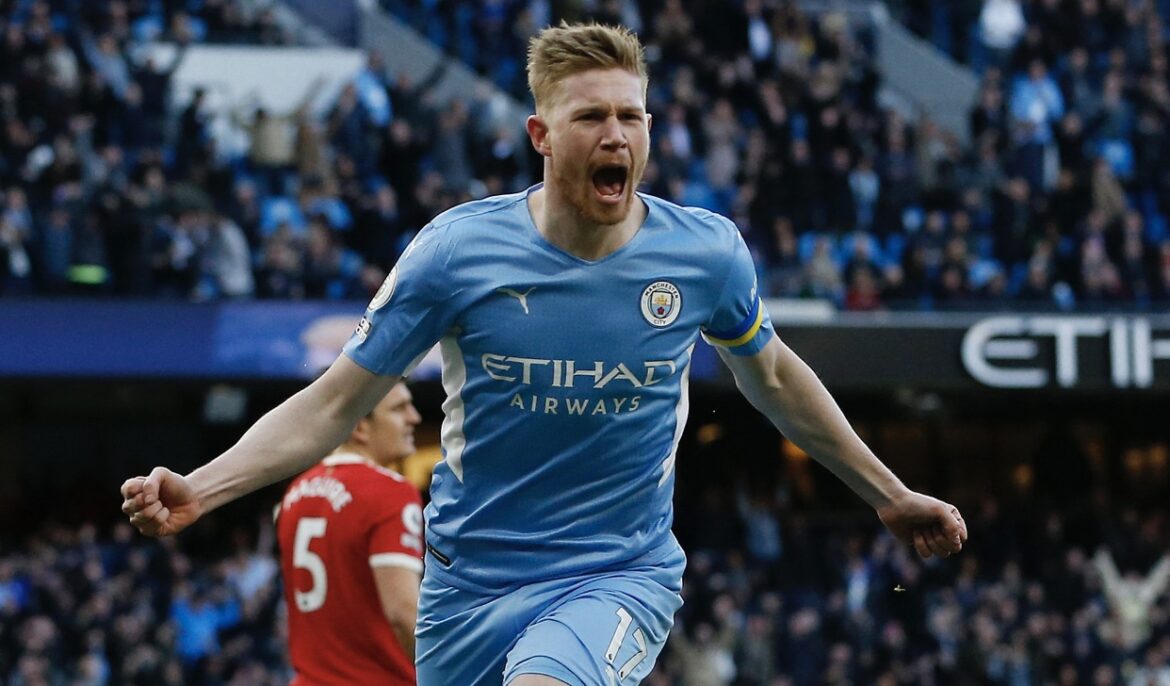 Talk Rangnick’s Manchester United levelled following a swift counter-attack on 22 minutes, Jadon Sancho curling the ball into the bottom-right corner from the edge of the area.

However, parity was short-lived as De Bruyne fired in a loose ball after David De Gea had saved from Phil Foden.

The Belgian played a key role in City’s third goal, delivering a corner for Mahrez to fire in superbly on the half-volley from 18 yards.

Mahrez was just ruled to be onside after a VAR review to add a fourth in the 90th minute as Manchester City claimed back-to-back league victories.

The league leaders are now on 69 points, six clear of second-placed Liverpool who have played a match less.

Having lost for the first time in nine league matches, Manchester United drop to fifth, a point adrift of Arsenal in fourth having played three matches more.

After the match Manchester City coach Pep Guardiola said ,”I have a feeling many things are going to happen. Tight games are going to happen. We are six points ahead but it’s a mistake because they have one more game to play. If we’re stable mentally and hopefully recover Nathan Ake as soon as possible.” 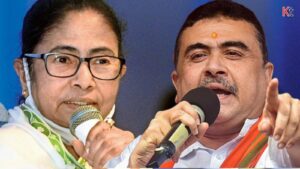