The entire nation is elated by India winning the Thomas Cup :PM Modi 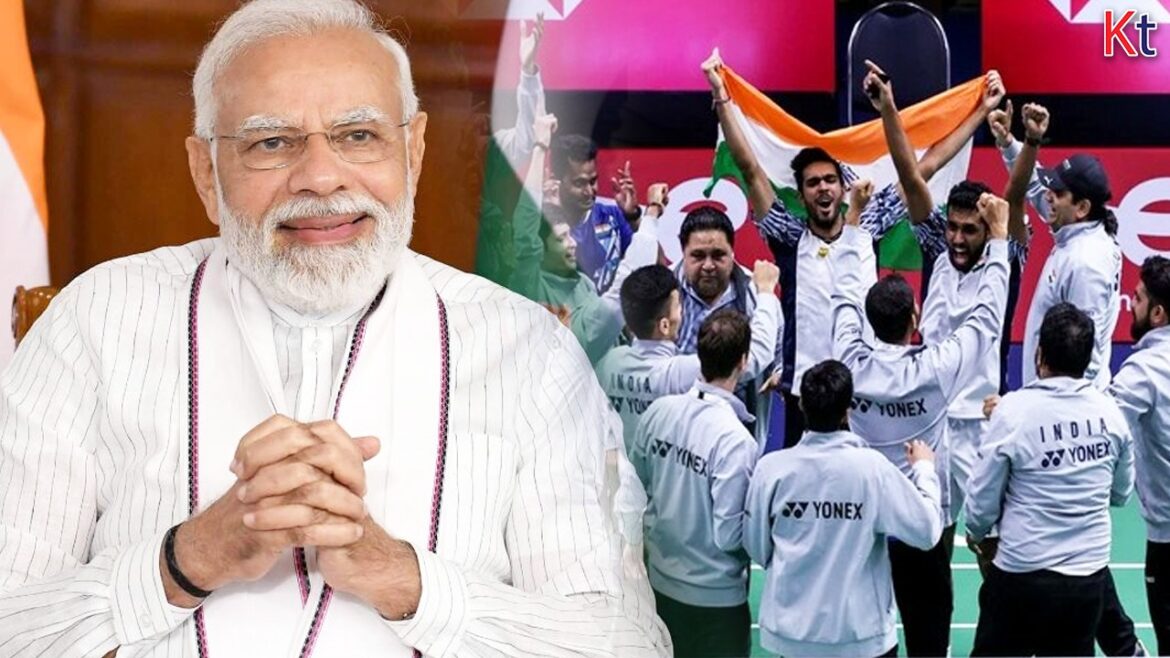 It was a dominating performance to defeat 14-time champions Indonesia 3-0.

Pure show of grit and determination and India becomes the Thomas Cup Champion for the 1st time in style, beating 14 times champions Indonesia 3-0 in the finals .

The Indian men’s badminton team created history as it won the prestigious Thomas Cup for the first in history after defeating 14-time champions Indonesia in the final played at Impact Arena in Nonthaburi, Thailand on Sunday.

The pair of Satwiksairaj Rankireddy and Chirag Shetty edged out Mohammad Ahsan and Kevin Sanjaya Sukamuljo in a thriller 18-21, 23-21, 21-19 to put 2-0 up. The Indian duo saved 4 match points in the second set to win it and then again came back from behind to win the deciding set.

Then the experienced Kidambi Srikanth (WR 11) won against Jonathan Christie (WR 8) in straight sets 21-15, 23-21 to seal the tie in India’s favour. Hence, the two remaining rubbers were not required as the result was already decided.

India had defeated Malaysia in the quarterfinals and Denmark in the semifinal to get into the final.

Prime Minister Narendra Modi has congratulated Indian team on their epic win. In a tweet, he said that the entire nation is elated by India winning the Thomas Cup. He wished the team for their future endeavours. He hoped that this win will motivate many upcoming sportspersons.

PM Modi shared a congratulatory message to Indian Badminton team for their historic achievements,he said ,”The Indian badminton team has scripted history! The entire nation is elated by India winning the Thomas Cup! Congratulations to our accomplished team and best wishes to them for their future endeavours. This win will motivate so many upcoming sportspersons.