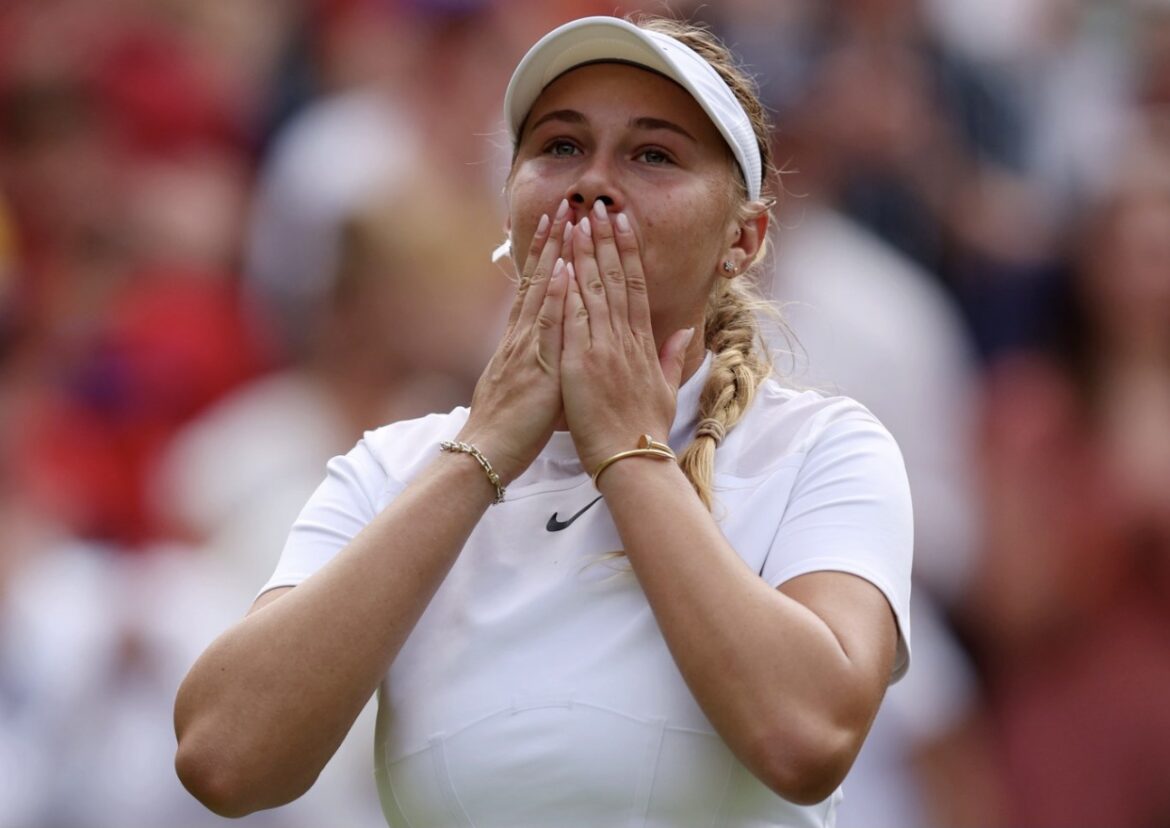 As she took to Centre Court in all-American assignment against Coco Gauff, 20-year-old Amanda Anisimova was arguably the big match debutant.

It not only marked Anisimova’s first appearance in the third round at The Championships, but it was also her maiden appearance on the world’s most famous tennis court.
Gauff, by contrast, had progressed to the second week on two occasions, and was competing on Centre Court for the fifth time.
But as she warmed to the occasion against the highly touted 18-year-old, the No.20 seed emphatically showed her ability to shine on the big stage.
Over two hours and seven minutes of suspense filled tennis, the older American maintained positivity and fine-tuned her aggression to emerge with a win.

"It was the most special day of my career"

A Centre Court debut to be proud of, @AnisimovaAmanda 👏#Wimbledon | #CentreCourt100 pic.twitter.com/wSyd9Jctyo

Anisimova happily articulated how much her victory had meant.
“It’s the most special day, I think, of my career,” she beamed to warm applause from the crowd. “It’s just a huge privilege to play on this court.
“Before the match, I was just trying to prepare myself to soak in this moment whether I win or lose. Winning today is just so special.”
Underlining her tenacity, the American simply refused to give in against Gauff. “I think the worst thing for a tennis player is to lose 7-6 in the first set,” she said, when asked how she had remained positive.
“It’s really important to just bounce back and give everything I have. It was very easy to do, especially on this court, even though it was extremely exhausting.”

“There are a ton of highly skilled competitors at the moment. I mean, it’s a Grand Slam. All the players are very difficult to play against,” Anisimova said.
“Last year a lot of different players were winning each tournament. So, yeah, we have a lot of … high-quality tennis going on. I’m looking forward to my next round because I’m sure it will be just as tough.”
Anisimova faces Harmony Tan in the fourth round.