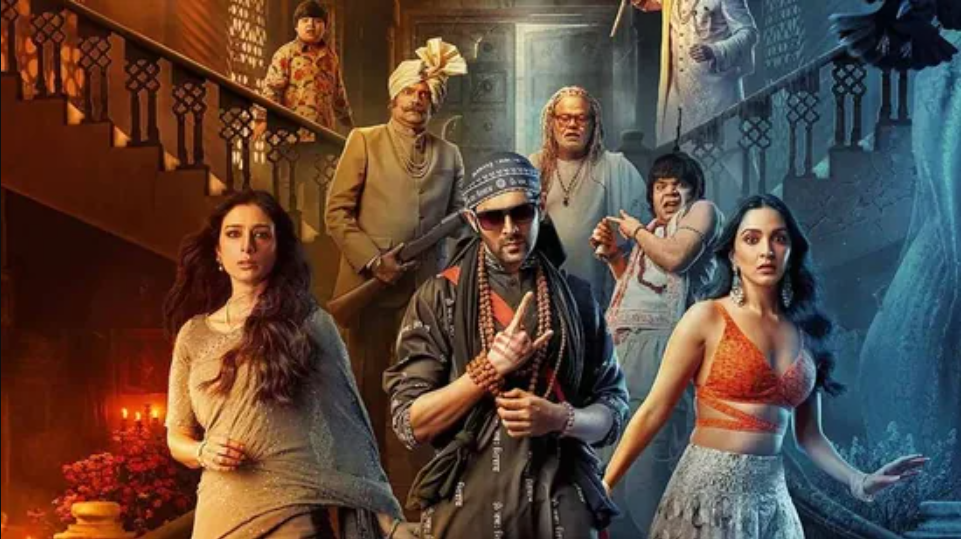 After a long dry spell, Bollywood’s business has been resurrected by Bhool Bhulaiyaa 2. Despite cheap ticket prices, Anees Bazmee’s horror comedy, which stars Kartik Aaryan, Kiara Advani, Tabu, and Rajpal Yadav among others, had a strong debut at the box office.

On Saturday, film trade expert Taran Adarsh revealed that Bhool Bhulaiyaa 2 had a “great” debut at the box office in India, grossing $14.11 crore. He also stated that the film has been Kartik Aaryan’s most successful opening weekend.

Bhool Bhulaiyaa 2 is a stand-alone sequel to Priyadarshan’s successful 2007 horror comedy Bhool Bhulaiyaa, which stars Akshay Kumar, Vidya Balan, Amisha Patel, and Shiney Ahuja in prominent roles. Rajpal Yadav, who played Chhote Pandit in the previous film, is the only original cast member who returns in the sequel.

“While there’s nothing in this sequel and the first part—except Manjulika—the background score and the song Ami Je Tomar repeatedly draw you back to the 2009 picture and you end yourself comparing,” writes the Hindustan Times in its review of Bhool Bhulaiyaa 2. Nonetheless, Bhool Bhulaiyaa 2 is a new narrative that stands on its own.”