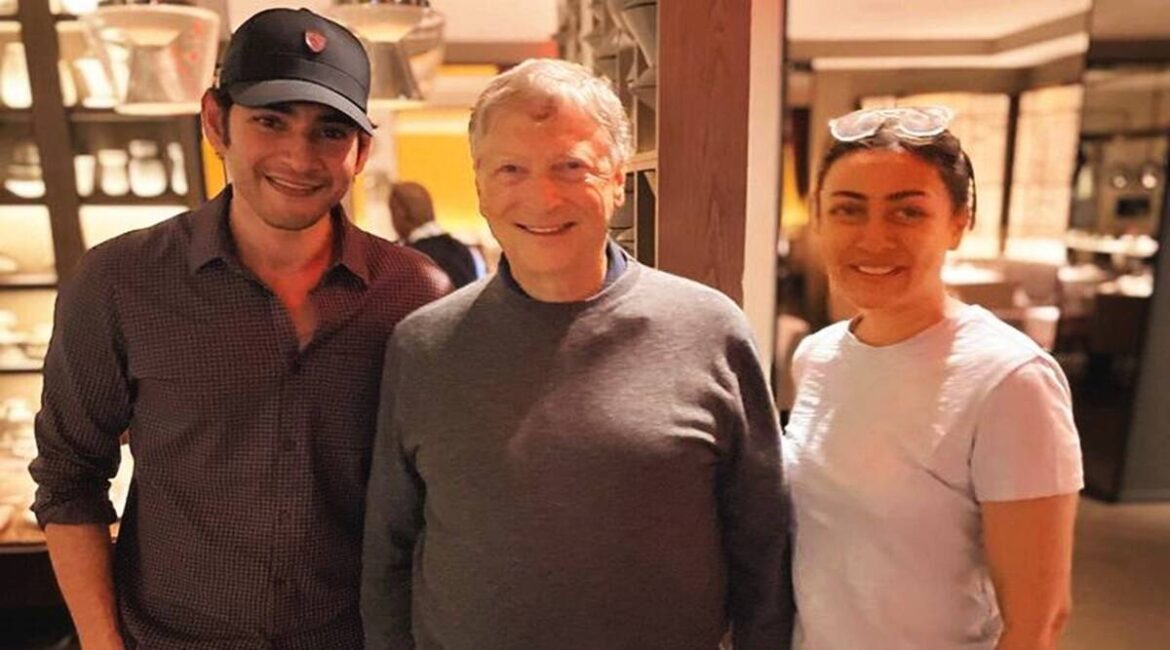 Mahesh Babu, a Tollywood celebrity, was pleased after meeting billionaire techie Bill Gates in New York lately. He also posted a photo from his meeting with Gates, whom he referred to as “the greatest visionary” on his social media accounts.

“I had the honor of meeting Mr. Bill Gates! One of the world’s greatest visionaries… and yet the most modest! “Truly an inspiration!! ,” Mahesh said on Facebook.

Gates also shared Mahesh’s enthusiasm by reacting to his Facebook post. “It’s always great to be in New York because you never know who you’ll run into.” “It was a pleasure to meet you and Namrata!” wrote Gates.

Mahesh, his wife Namrata, and their children have gone on a globe tour. They just traveled across Europe and appear to be on vacation in New York. Mahesh has been posting images from his trip to New York City on his social media accounts. Mahesh has kept his followers up to date on his family journey, from nightly walks on the streets of New York to running into Gates.

Being in New York is always fun – you never know who you’ll run into. It was great meeting you and Namrata! https://t.co/qBykgcXDS6

Mahesh was most recently seen in director Parasuram’s Sarkaru Vaari Paata. He portrayed a US-based money lender who travels to India for personal reasons. However, he is dragged into the life of a lady who has suffered as a result of the nexus between politicians and financial authorities. In his efforts to assist the lady in need, he ends up repairing the flawed financial system, which unfairly benefits the wealthy while cruelly taxing the working class.

Sarkaru Vaari Paata was a critical flop, and it fared poorly at the box office after its first weekend. However, because to Mahesh’s success, the film is claimed to have produced enough money to pay off all of the financiers. Even though the trade determined that the film’s theater performance fell short of expectations, the film’s producers and Mahesh were notably pleased with the amount of business it generated in the first few days after its debut.

Mahesh was also a successful producer with Major. The medium-budget film on the slain hero of 20/11, Major Sandeep Unnikrishnan, earned favorable reviews from reviewers and performed well at the box office.

Uddhav Thackeray on Eknath Shinde :’We don’t consider him as Sena’s CM’