BJP will give Bengal a government that ensures development of all, appeasement of none :PM Modi

Addressing a public gathering in West Bengal’s Hooghly,PM Narendra said that the enthusiasm and energy by the crowd is sending a message from Kolkata to Delhi. “Now West Bengal has made up its mind for ‘Paribortan’,” he said.

The PM said that all countries that were successful in “removing poverty”, there was one thing common – the development of modern infrastructure. According to him, the current state government had promoted appeasement politics in order to protect its vote bank, and that people would not forgive them for it.

“Today it’s a big day for lakhs of students and workers who can now travel to Kolkata with the help of metro corridor from Dakshineswar I assure people of Bengal that when BJP will be voted to power, you don’t have to compromise with your culture,” PM Modi added.
The PM further said,” this year ‘rail & metro’ connectivity is Centre’s priority. Such work should’ve been done decades back & now, we should not delay- from broadening of rail lines to electrification work, money being invested in infrastructure projects”.

PM Modi also said ,”Centre transfers money directly into bank accounts of farmers & poor. But monetary benefits of schemes of Bengal Govt does not reach the poor without the consent of all the ‘tolabaaz’ of TMC. This is why TMC leaders are becoming richer & normal families are becoming poorer”.
“West Bengal’s infrastructure development priority of my govt,”the PM said.
“I am told that Vande Mataram Bhawan, where Bankim Chandra Ji lived for 5 years, is in very bad condition. This is the same Bhawan where he brainstormed to write ‘Vande Mataram’, the poem which gave a new lease of life to the freedom struggle,”PM Narendra Modi.
“Failure to keep the place of the creator of such ‘amar gaan’ in a good state is an injustice to West Bengal’s pride & there is huge politics involved in this — the politics which focuses on vote bank, not patriotism; appeasement, not Sabka Sath, Sabka Vikas,” PM Narendra Modi
While speaking on development issues PM Modi said, “BJP will give Bengal a government that ensures development of all, appeasement of none.”

Narendra Modi speaking on  state government’s inefficiency to utilise central government’s initiatives ,He said ,”out of 1-1.75 crore houses (in West Bengal), only 9 lakh have water pipeline. The way state govt works, no wonder how many more years it’ll take to deliver water to the poor. This shows that TMC doing injustice to ‘Bengal Ki Beti’. Can they be forgiven?”

PM Modi blamed the TMC government for not “utilising the money that was being given to them by the Centre”. “They took away most of the money for themselves. People who have been ruling Bengal have created a wall for progress and the Centre’s schemes are not implemented. Money meant for people is not reaching them,” he said.

PM Modi said “real poribortan” was needed in West Bengal. “We need the youth of the state to rise up for it,” he said. 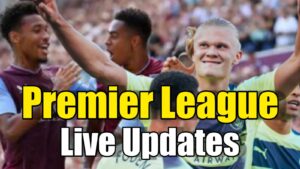