Eknath Shinde to be the next CM of Maharashtra : Devendra Fadnavis 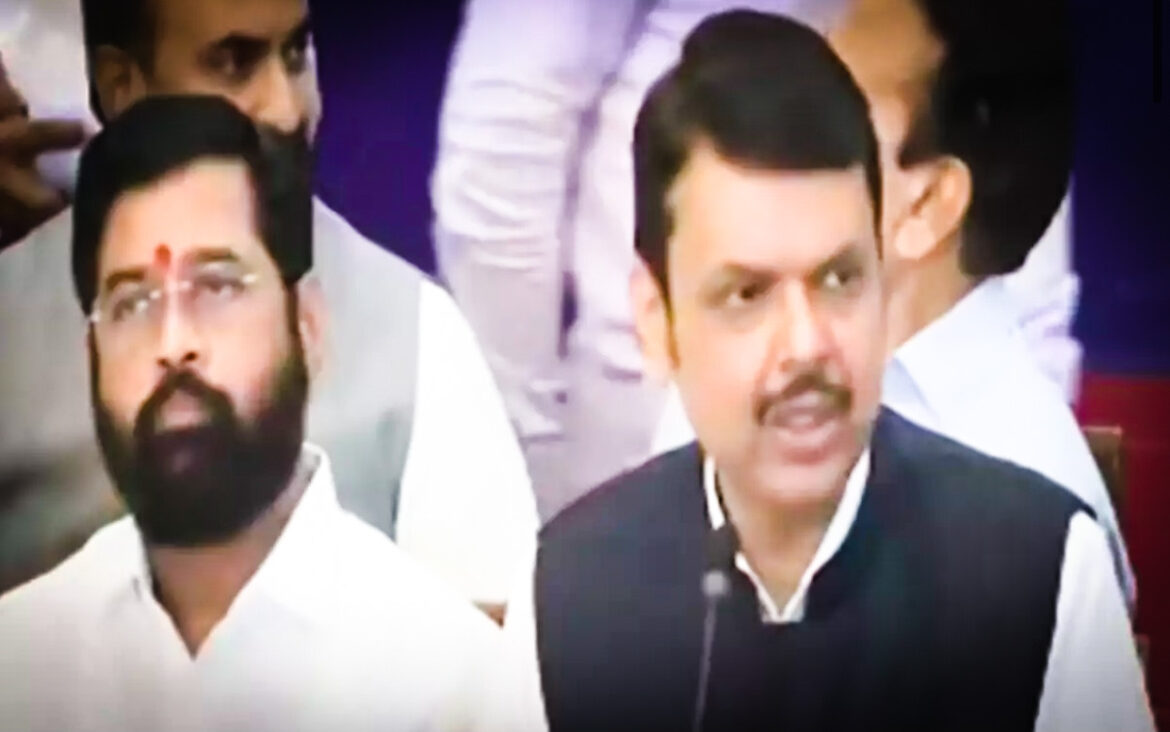 Rebel Shiv Sena leader Eknath Shinde arrived in Mumbai on Thursday and met BJP leader and former Maharashtra CM Devendra Fadnavis at his residence. The duo then went to Raj Bhavan to meet the Governor. And stake claim to form the Government.The development comes a day after CM Uddhav Thackeray resigned.

BJP leader Devendra Fadnavis said,“Eknath Shinde to be the Maharashtra Chief Minister, oath ceremony to be held at 7.30pm today.It will be my responsibility to ensure that the government works properly. This is not a fight for power but for Hindutva.

After the swearing-in ceremony today, we will have a cabinet expansion and Shiv Sena and BJP leaders will take the oath. I will stay out of the Government.

Shiv Sena MLAs were demanding that the alliance with Congress and NCP should be ended but Uddhav Thackeray ignored these MLAs and gave priority to MVA alliance partners, that’s why these MLAs intensified their voices.

While addressing to the media rebel Shiv Sena leader Eknath Shinde said ,”We went to former CM Thackeray with our constituency’s grievances & development work along with advising him on need for improvement as we started realizing that it would be difficult for us to win the next elections. We demanded for a natural allianc
A total of 50 MLAs are with us, including 40 MLAs from Shiv Sena…We have fought this battle so far with their help…I will not let even a scratch mark the trust that these 50 people have placed in me – let alone break that trust.

BJP has 120 MLAs but despite that Devendra Fadnavis didn’t take the post of CM. I express my gratitude to him along with PM Modi, Amit Shah and other BJP leaders that they showed generosity and made Balasaheb’s Sainik (party-worker) the CM of the state”

Eknath Shinde Will Take The Oath As The CM Of Maharashtra At 7.30 PM Today

I feel great and excited to win...