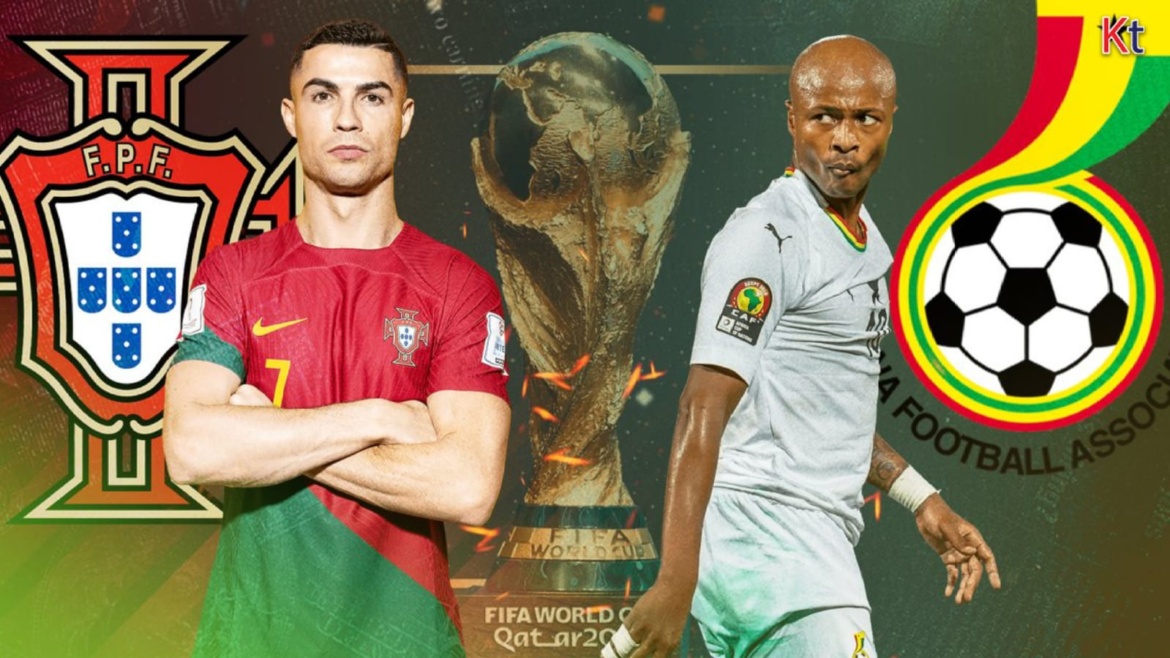 Portugal and Ghana start the first match in the World Cup at Stadium 974, three hours after Uruguay and South Korea open on Group G. Cristiano and Iñaki Williams lead two teams with very different goals. Portugal win the star and Ghana, the feat of getting a place in the round of 16.
How Portugal arrives. It is a luxurious team that has high quality players as Bernardo Silva, Bruno Fernandes, Joao Félix, Rubén Días, Pepe, Cancelo, Rafael Leao, Danilo or William Carvalho, among others. This team has lost much of the power that the galactic potion gave it  having a Cristiano Ronaldo Star come down in his performance and splashed by the earthquake of his crack, first, and his future, later. Portugal is not in the group of favorites to win the World Cup, but it can do it and scare anyone. Fernando Santos arrives with some doubts in the eleven, especially to replace the injured Diego Jota. 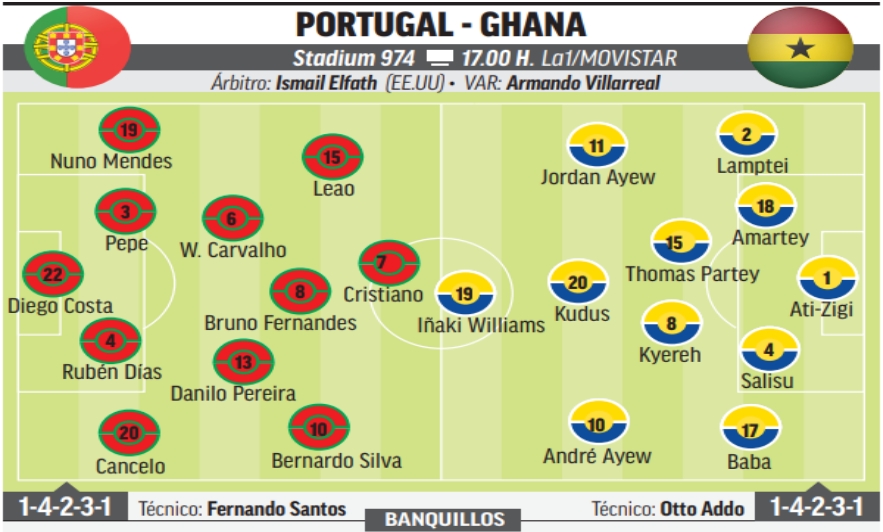 How Ghana arrives. With less pressure than Portugal, they try to surprise and move into the round of 16, for which they must overcome two walls as the Portuguese and Uruguay. It is a team that is as young as ambitious and ready to be the protagonist in Qatar. It has suffered a crisis in the goal, after losing Wollacott, his starting goalkeeper, at the last minute by injury, and also Ofori, the probable substitute. But Ghana has ‘signed’ Iñaki Williams, who gives them hierarchy and talent in attack.
The duel of the Cristiano-Iñaki Williams match. CR7 has lost energy, but the goal-scoring instinct remains intact. A Cristiano’s goal today would make him the only player in history to score in five World Cups, it would be one of his most spectacular records. He is in the market and the Qatar showcase is a luxury for him. Iñaki is in great performance moment and with the responsibility of making a quality leap to Ghana.