Korea Republic begin their World Cup campaign on 24 November against Uruguay.The Portuguese coach confirmed his star player would be available.There has been doubt about Son's participation after he suffered a facial injury 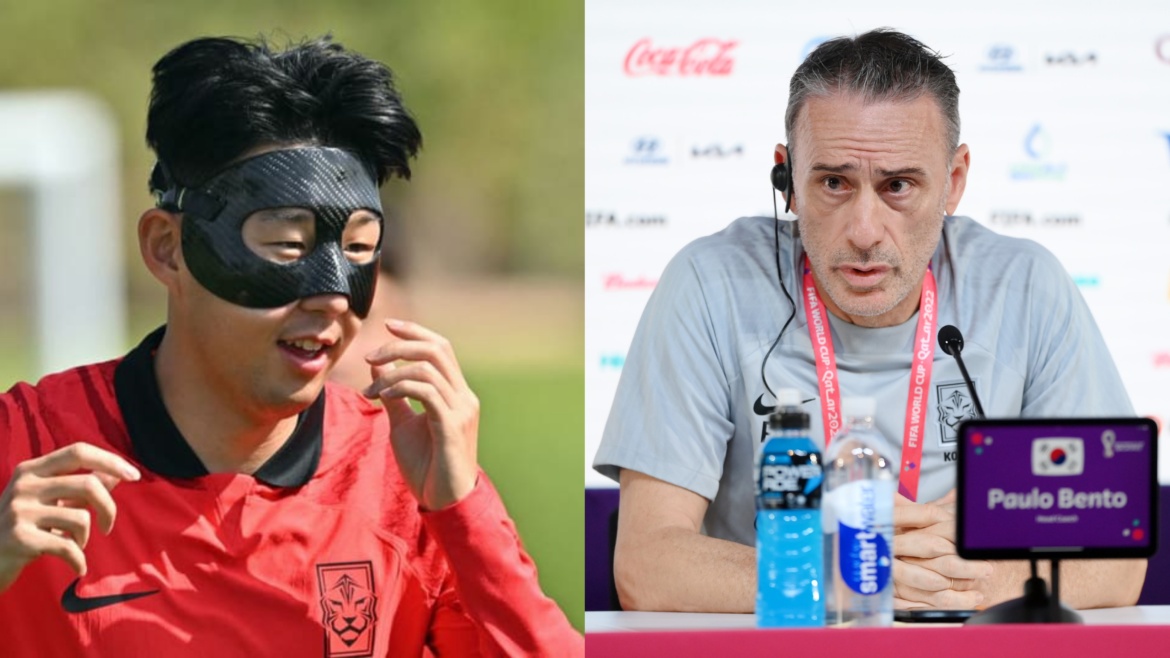 Korea Republic begin their World Cup campaign on 24 November against Uruguay.The Portuguese coach confirmed his star player would be available.There has been doubt about Son’s participation after he suffered a facial injury.

Korea Republic forward Son Heung-min has been confirmed for the nation’s opening match at the FIFA World Cup. In a press conference, coach Paulo Bento assured the media that the striker and captain was available for selection against Uruguay, but he will play wearing a protective mask.
“Son can play,” Bento said. “Yes he will be able to play. I think the fact that he will be wearing a mask is not an inconvenience for him. It is rather natural for him.
The Korean talisman is recovering from a fractured eye socket suffered earlier this month, during Tottenham’s Champions League match against Marseille. The injury ruled him out of the club’s last three matches before the World Cup break.

Soon after arriving in Qatar, Son was pictured training in a mask, sparking rumours about whether the forward would be wearing it to play in competitive games.
“We have stuck to the plan since we arrived here and also the way we integrated him into our group shows it has been natural.
“We will see tomorrow how it will be. Our hope is he will feel comfortable to the greatest extent possible and we’ll use the best strategy so he will feel at ease during the game.
“But he knows and we know that we cannot rule out any risks.”

Paulo Bento was also full of praise for Uruguay during the press conference; the coach highlighted the individual and collective qualities of Diego Alonso’s team.
“It will be an extremely complex match for us. We are facing a high-quality opponent with great technical ability.
“They are very well organised at all levels and gives little away to their opponents. They have players with a great deal of World Cup experience who play at a high level for their clubs.
“It’s a match in which we’ll have to be at our best to compete with them.”