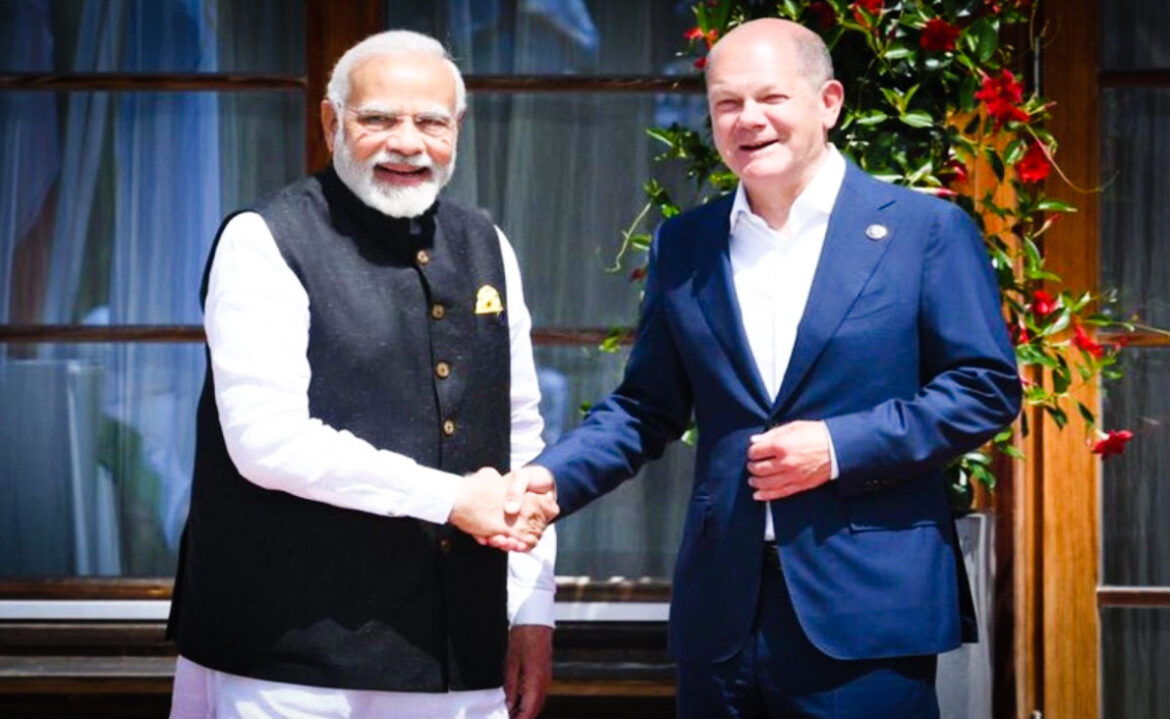 Prime Minister Modi, who is in Germany on a two-day visit from Sunday for the summit of the G7, was received by Scholz upon his arrival at Schloss Elmau, the picturesque venue of the summit in southern Germany.

Prime Minister Narendra Modi participated in the G7 Summit held at Schloss Elmau in Germany. He highlighted India’s efforts for green growth, clean energy, sustainable lifestyles and global wellbeing in the G7 session on climate, energy and health on the 2nd day of the summit.He will participate in another G7 Session on Food Security and Advancing Gender Equality later today. Earlier in a tweet, PM Modi said the G-7 Summit will discuss various important global issues.

Prime Minister held bilateral meeting with South African President Cyril Ramaphosa. Two leaders discussed further expanding bilateral ties in trade, investment, defence, pharmaceuticals, food security and more. They also agreed to continue close cooperation in both regional and multilateral fora. Bilateral meetings are also scheduled with President of Indonesia, and the German Chancellor. He will also meet with Canadian Prime Minister and President of the European Union Commission in the sidelines of the Summit. Before the start of the summit, Prime Minister Modi shook hands with US President Joe Biden and Canadian Prime Minister Justin Trudeau as the leaders assembled for a group photo. The Group of Seven (G7) is an inter-governmental political grouping consisting of Canada, France, Germany, Italy, Japan, the UK and the US.The German Presidency has invited Argentina, India, Indonesia, Senegal and South Africa to the G7 Summit in Elmau, Bavaria.

Today, we can proudly say that India...