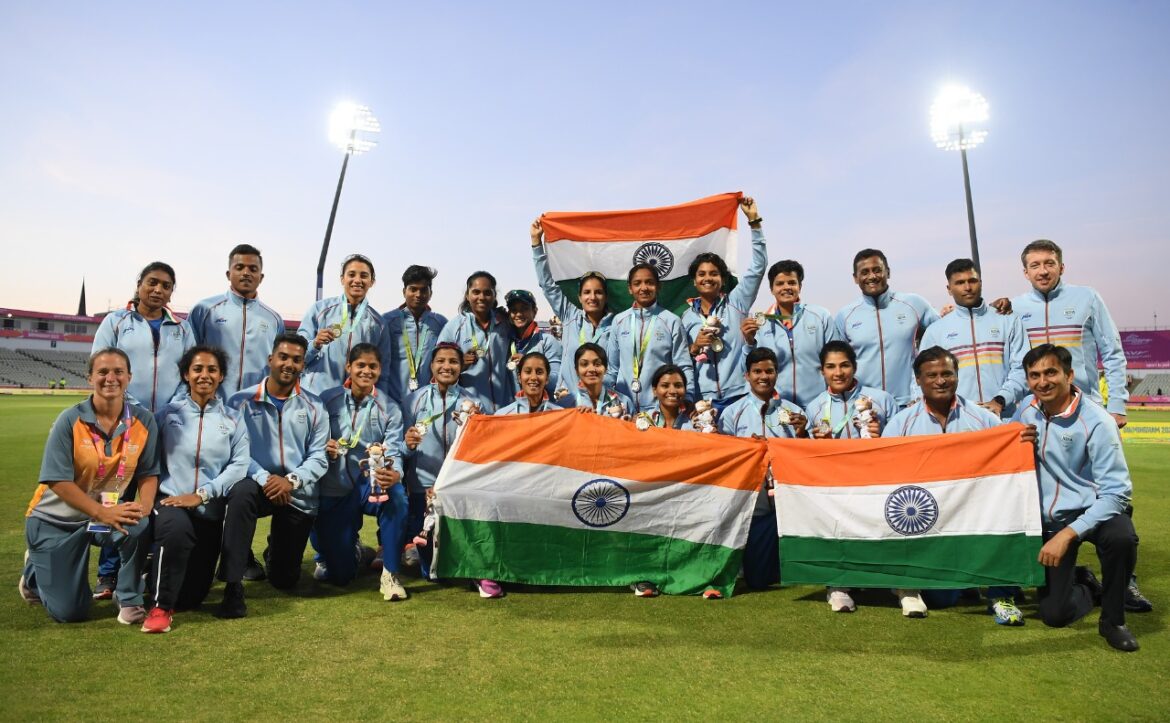 Australia are the inaugural winners of T20 Cricket at the Commonwealth Games, beating India by nine runs who have to settle for a Silver medal.

Harmanpreet and her team finish second in first-ever women’s cricket event at the Commonwealth Games 2022 in Birmingham.

A tight finish in the end and Australia beat India by 9 runs in the final of the Commonwealth Games.#TeamIndia get the SILVER medal 🥈 pic.twitter.com/s7VezmPhLI

India captain Harmanpreet Kaur played a gutsy knock of 65 runs but couldn’t save India from a defeat as Australia won the match by nine runs to win the inaugural Commonwealth Games cricket Gold medal.

The Captain Leading from the Front 🫡

Chasing a total 0f 162, India lost Smriti Mandhana and Shafali Verma cheaply. Harmanpreet added 96 runs for the third wicket with Jemimah Rodrigues before the latter lost her wicket on 33. Harmanpreet and Pooja Vastrakar were dismissed off consecutive deliveries by Ashleigh Gardner, putting Australia in control of the proceedings. After that, India kept on losing wickets at regular intervals, and were bowled out for 152 in 19.3 overs. Earlier, Beth Mooney’s 61 off 41 guided Australia to 161 for 8 in 20 overs. Radha Yadav had turned the game in India’s favour with her superb fielding. She first ran out Meg Lanning and then took a sensational catch to dismiss Tahlia McGrath. This happened after a good attack from Mooney and Lanning had helped Australia rebuild their innings after suffering early blow. Renuka Thakur had struck early to dismiss Alyssa Healy. Australia skipper Lanning won the toss and opted to bat first against India in the ongoing final match at CWG 2022. The Harmanpreet-led side entered the final after defeating England by a narrow margin of four runs, while Australia registered a five-wicket win over New Zealand to advance to the knockout stage. It is worth noting that Australia are unbeaten in the tournament so far. They won all their three games played in Group A before beating New Zealand in semi-final. Interestingly, Australia had also defeated India in the group stage by registering a three-wicket win over the Harmanpreet-led side in a closely contested .

Congratulations on bagging the SILVER at #CWG2022. We are proud of you 👏👏 pic.twitter.com/8bU8BJZMEY

Harmanpreet Kaur, captain of the women’s cricket team on winning Silver medal ,she said ,”We had full control on the game, but in the last few overs, we did some mistakes. It is a good feeling to get a medal for the country. We are satisfied with our performance.”

🇦🇺 The moment @CommGamesAus made history.

In tweet President Droupadi Murmu said,”Congratulations to Indian women cricket team for winning silver medal at #CommonwealthGames. You played like champions till the end and your determination during the match was spectacular. Our daughters have made our country proud at Birmingham.”

Congratulations to Indian women cricket team for winning silver medal at #CommonwealthGames. You played like champions till the end and your determination during the match was spectacular. Our daughters have made our country proud at Birmingham.