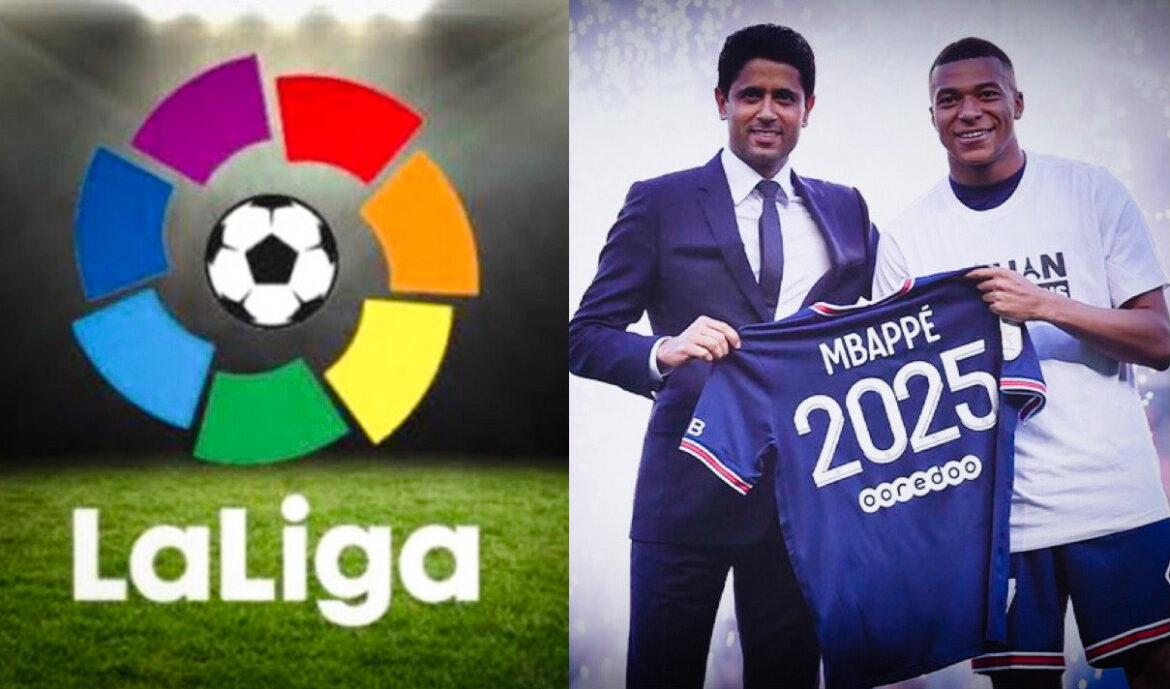 La Liga have released a statement announcing they will file a complaint against Paris Saint-Germain over Kylian Mbappe’s new contract.

PSG’s deal with Kylian Mbappe is “an insult to football,” La Liga President Javier Tebas said Saturday after the player rejected an offer from Real Madrid. “What PSG is doing by renewing Mbappe with large sums of money…after posting losses of 700 million euros in recent seasons and having a wage bill of over 600 million euros, is an INSULT to football,” Tebas tweeted. PSG president Nasser Al-Khelaifi “is as dangerous as the Super League,” he added in a reference to a new competition with 12 of Europe’s biggest clubs proposed last April.

The La Liga statement as stated:LaLiga wishes to state that this type of agreement attacks the economic stability of European football, putting at risk hundreds of thousands of jobs and the integrity of the sport, not only in European competitions, but also in domestic leagues.

It is scandalous that a club like PSG, which last season reported losses of more than 220 million euros after accumulating losses of more than 700 million euros in prior seasons (while reporting sponsorship income at doubtful valuation), with a squad cost around 650 million for this season, can close such an agreement, while those clubs that could afford the hiring of the player without seeing their wage bill compromised, are left without being able to sign him.

LaLiga will file a complaint against PSG before UEFA, the French administrative and fiscal authorities and European Union authorities to continue to defend the economic ecosystem of European football and its sustainability.

In the past LaLiga has complained to UEFA for non-compliance with financial fair play by PSG. These complaints were successful and UEFA sanctioned the club, while the Court of Artbitration for Sport (CAS), in a bizarre decision, reversed the sanctions.

LaLiga and many European football institutions had hope that PSG President Nasser Al-Khelaifi after entering bodies of European football management such as the UEFA Executive Committee and the presidency of the European Club Association (ECA) would abstain from these practices knowing they cause grave damage, but the opposite has been true. PSG is assuming an impossible investment, seeing that it has an unacceptable wage bill and large financial losses in prior seasons. It is violating current UEFA and French economic control rules.

This behaviour demonstrates once more that state owned clubs do not respect and do not want to respect the rules of a sector as important as football. These rules are key to protect and sustain hundreds of thousands of jobs.

This kind of behaviour led by Al-Khelaifi, president of PSG, and member of the UEFA Executive Committee and president of ECA, endangers European football on the same level as the European Super League.