Nitish Kumar breaks ties with BJP, to take oath as Bihar CM on Wednesday; Tejashwi Yadav to be Deputy CM 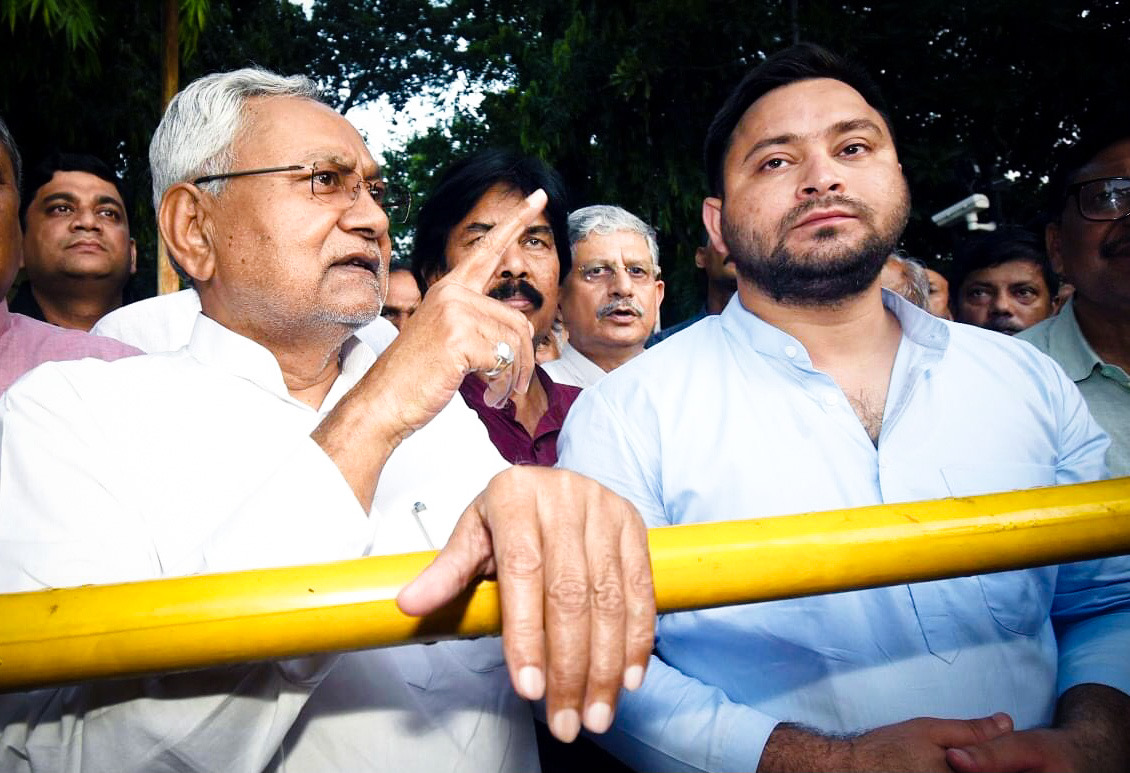 Nitish Kumar will be sworn-in as the chief minister of Bihar for the eight time on Wednesday with Tejashwi Yadav, who was the Leader of Opposition in the Assembly, as his deputy. A simple ceremony is likely to be held at 2pm at the Raj Bhavan in capital Patna.

Earlier, Nitish Kumar unanimously elected as leader of grand alliance comprising JD( U),RJD and Congress. This decision was taken at joint meeting of the parties .

Earlier, Janta Dal (United) snapped its ties with the BJP paving the way for formation of a new government with the support of RJD and Congress. The RJD and Congress have submitted letter of support to Nitish Kumar to form the government. The decision to part ways with BJP was taken at the JD (U)’s Legislators Party meeting which was chaired by Chief Minister Nitish Kumar this morning.

The JD(U) and RJD had called their legistors’ meeting this morning to chalk out the strategy for the to resolve the situation arising in the wake of former JD(U) National President RCP Singh’s resignation from the party.

In 243-member Bihar Assembly, number of MLAs of RJD is 79 and that of JD(U) has 45, Congress has 19, Left parties have 16 while Hindustani Awam Morcha has four members. There is one independent candidate in assembly.

Congress sources informed that Nitish Kumar has called Congress interim President Sonia Gandhi and Rahul Gandhi to express his gratitude for supporting Mahagathbandhan and forming the Government in Bihar.

‘Not My Money’,says Partha Chatterjee