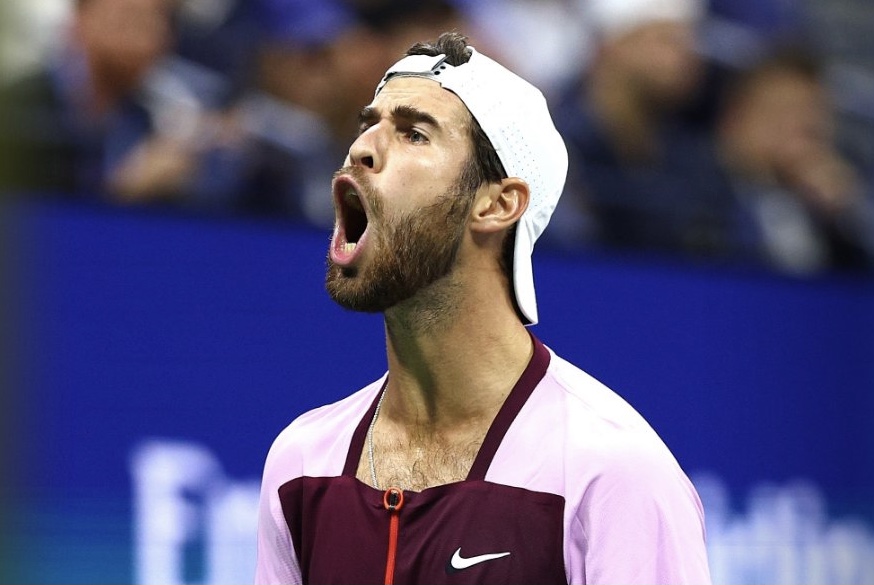 Karen Khachanov is into his first career Grand Slam singles semifinal after outlasting 23rd seed Australian Nick Kyrgios in five tense sets, 7-5, 4-6, 7-5, 6-7(3), 6-4 on Tuesday night at the US Open.

Khachanov jumps out to the 3-1 lead in the 5th. pic.twitter.com/pFTCOqZb2S

This is the fifth time in six years that a player seeded No. 20 or below is into the men’s singles semifinals of the US Open.

Hats off to @NickKyrgios on an incredible tournament and so many exciting matches.

See you next year. pic.twitter.com/0PeKHmWwwd

“I had some opportunities in the fourth set. He played an amazing tiebreak,” said Khachanov. “What can I do? I had to stay focused and try to win the next set. I’m really proud of myself. I was really focused from the beginning to the end, and I got the win.”

Next up for Khachanov is a final-four showdown with 5th seed Casper Ruud, who earlier on Tuesday dispatched 13th seed Matteo Berrettini of Italy, 6-1, 6-4, 7-6(4). Khachanov dropped his only career encounter with the Norwegian, a 6-3, 3-6, 6-1 decision in the first round in Rome in 2020.