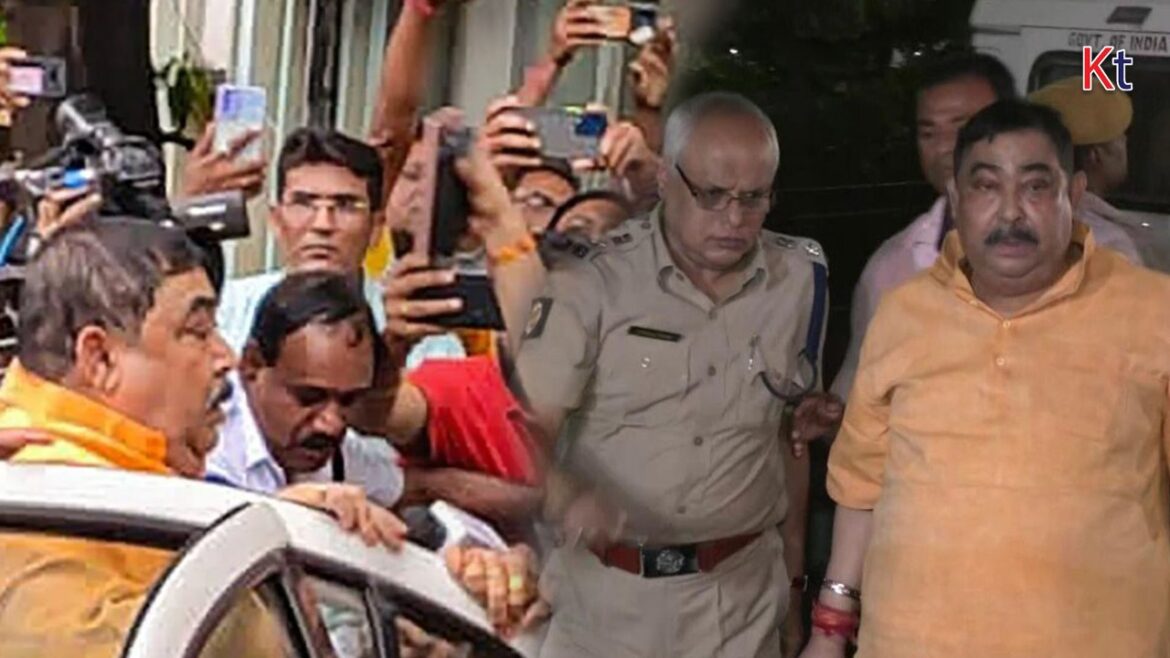 The battle of words broke out between the ruling TMC and opposition parties over the arrest of TMC Birbhum district President Anubrata Mondal in a cattle smuggling case.

BJP State President Majumdar said that TMC leaders felt comfortable in jail. “This has been proved one more time,” he said.

“CM Mamata Banerjee and TMC leaders are involved in scams. For many years they have been misusing the Government . Such scams are not possible without the support of Government and the police. Today TMC has become a party of thieves,” West Bengal Congress President Adhir Chowdhury said.

Adhir Chowdhury further said that CM Mamata Banerjee should resign from her post and she should take blame for corruption.

Kamarhati MLA and TMC leader Madan Mitra while speaking on TMC district President’s arrest,he said ,”I found out that Anubrata Mondal has been arrested by the CBI. It’s a sensitive matter. The CM has said that corruption wouldn’t be supported. That’s been proved as Partha Chatterjee has been ousted.”

BJP MP Dilip Ghosh alleged that Anubrata Mondal had “ruined many lives” and “tortured people” in Birbhum
“Despite being just a local leader of Birbhum, the district administration was controlled by him person like Anubrata who is involved in post-poll violence should never be set free,” he asserted.

The TMC has fired back at the BJP over Anubrata Mondal’s arrest.

TMC Lok Sabha MP Saugata Roy said Anubrata Mondal was a good organizer for the party and he was disappointed at his arrest. While stating that he doesn’t know the specific details of Mondal’s arrest, Roy said the Birbhum leader will fight the matter legally.
“It is part of political vendetta of the BJP Government. I don’t know what he [Mondal] has done apart from skipping CBI summons,” Roy said.

CBI has done the right thing that they have arrested him. He was small person, how did he get Rs 1,000 crore property? That has to be seen. It has to be ascertained under whose direction coal and cattle smuggling takes place. He is the creation of Mamata Banerjee,” West Bengal Assembly Lop Suvendu Adhikari said.

CPM leader Sujan Chakraborty alleged that Anubrata was just a small fragment of huge corruption in the state. “The CBI should question Mondal’s main leader. They should question the Chief Minister.”

CBI officials reached Mandal’s Bolpur residence at around 10 a.m. escorted by a huge contingent of CRPF personnel. After a little over an hour of questioning, they arrested him. The arrest was made after the Trinamool Congress influential leader avoided CBI summons for several times.

Anubrata Mandal arrested by CBI in cattle smuggling case. CBI raided his house around 10 am on Thursday. CRPF surrounded the house of Anubrata at Bolpur, Neechupatti. All the doors of Anubrata’s house were locked from outside. CBI took the phone of everyone in the house. After that the investigators arrested Anubrata Mondal.