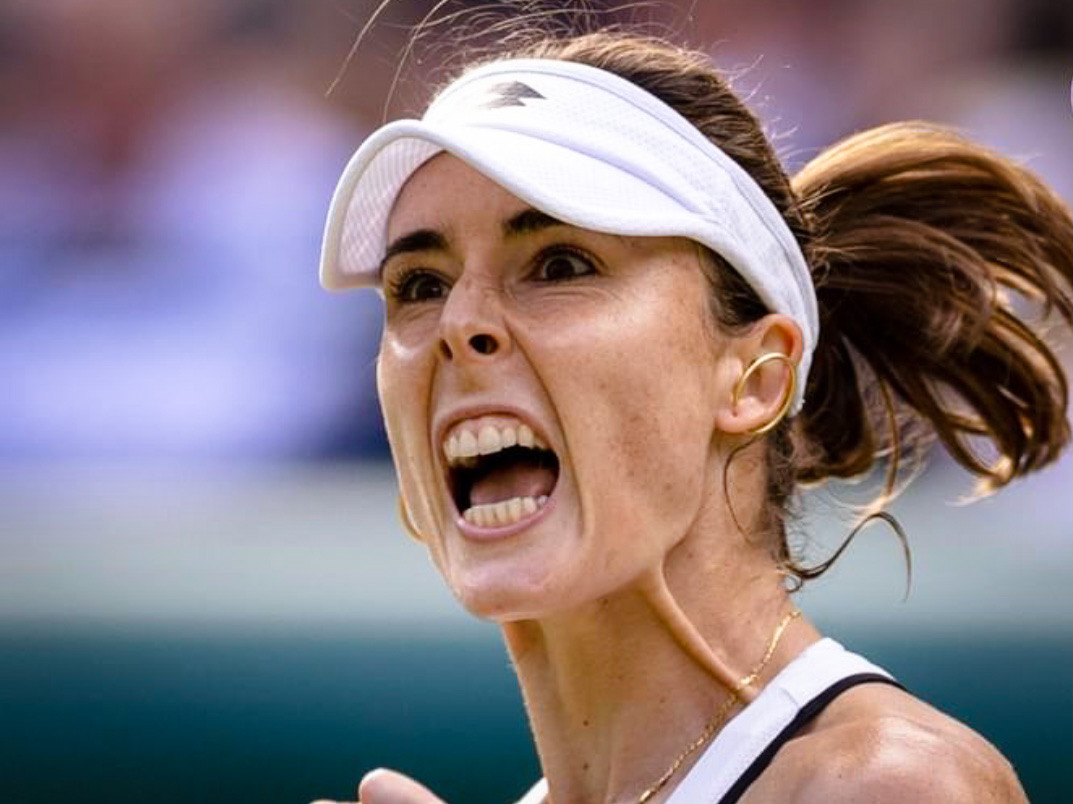 World number one Iga Swiatek saw her 37-match winning streak ended as France’s Alize Cornet caused one of the biggest upsets so far at Wimbledon.

Causing an upset on No.1 Court 🤝 @alizecornet

The 21-year-old from Poland was beaten 6-4 6-2 in an inspired performance by 37th-ranked Cornet.

Alize Cornet enjoys an upset. The Frenchwoman, who beat Serena Williams in the third round of Wimbledon 2014, can now claim another prestigious victory.
Top seed and world No.1 Iga Swiatek’s winning streak is over at 37 matches and perhaps the signs have been there.
Swiatek dropped a set against lucky loser Lesley Pattinama Kerkhove in the previous round, only her third set in 29 matches.
Cornet has vast experience, however, and used it to good effect in her 62nd consecutive Grand Slam main draw.
One beautiful drop shot winner in the second set had the No.1 Court crowd on their feet and Cornet’s poise was in stark contrast to error-strewn Swiatek.

"It reminds me of the time I beat Serena"@alizecornet has fond memories of No.1 Court#Wimbledon pic.twitter.com/yWTtqkhOKM

“I want to say I’m a huge fan of Iga. She’s just so talented, such an amazing player and she’s such a nice ambassador of women’s tennis. I’m just very flattered that I beat her today,”Alize Cornet said.