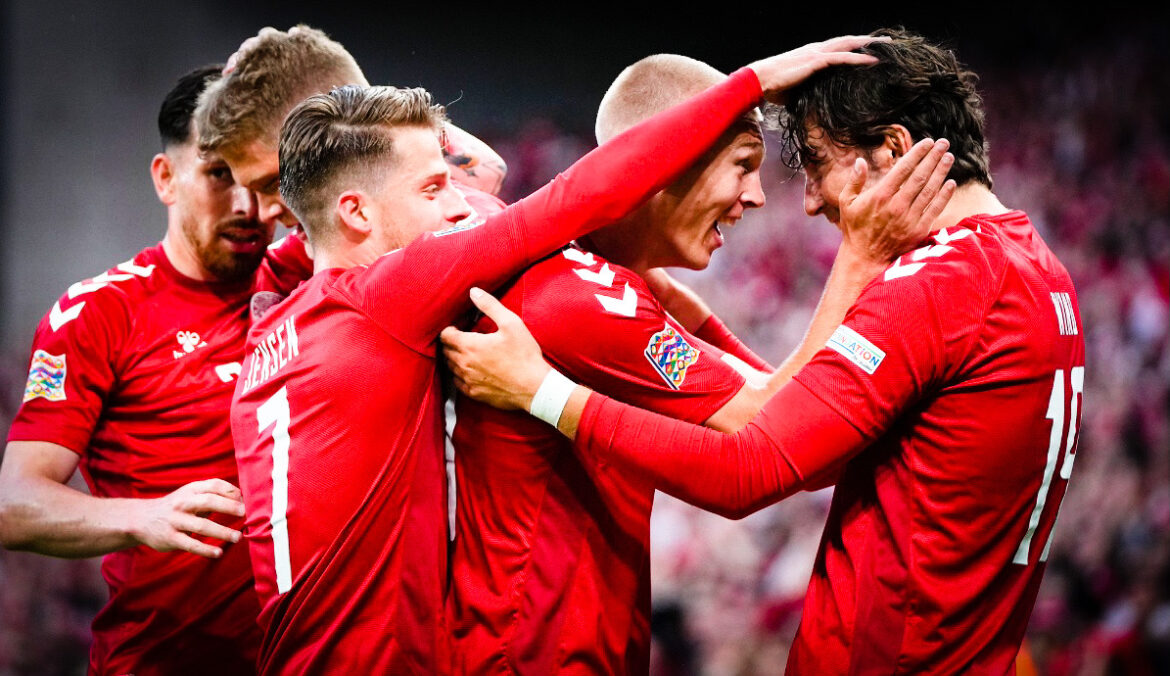 Denmark got back to winning ways as Jonas Wind scored one and made the other in a comfortable victory at home to Austria in Group A1.

Denmark beat Austria for the fifth time in a row.

The Danes have drawn only one of their last 30 international matches.

Jonas Wind scored one goal and set up the other as Denmark breezed to victory over Austria in Copenhagen.

Austria made a fast start and were almost in within 20 seconds, but that was as good as it got for them in the first half. Denmark made their pressure count when Joakim Mæhle escaped down the left and pulled the ball back for Wind to score.

Wind then turned provider when he played through Andreas Skov Olsen to slot in Denmark’s second before the break.

Denmark continued to control the second half, but clear-cut chances were at a premium, and although Austria had their moments, they failed to properly test Kasper Schmeichel as the Danes claimed a comfortable win. It might even have been more comfortable, Heinz Lindner pushing a late Christian Eriksen shot against the post.

Denmark striker Jonas Wind said,”We came flying out of the blocks, we pushed them and came up with many chances. We were carried forward by the spectators. It was a cool way to end the season.”

Denmark coach Kasper Hjulmand said,”We are in a really good place and once again we got to see something new, and tried some things.”

This is a proud day for me and my family : Erling Haaland