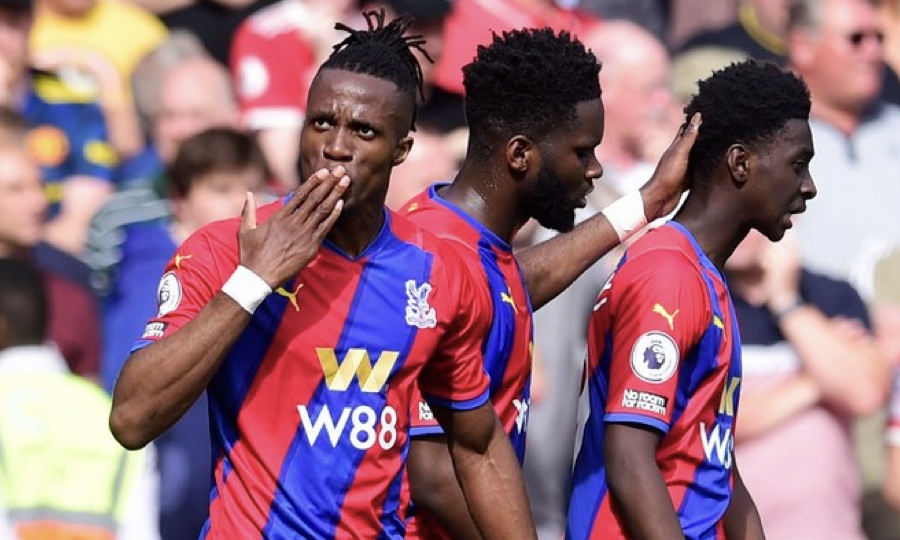 Zaha and Jeffrey Schlupp were denied by David De Gea before Zaha opened the scoring on 37 minutes.

The winger drove into the penalty area before shooting into the bottom-left corner.

Scott McTominay could only head straight at Vicente Guaita with 16 minutes remaining as Manchester United were unable to find an equaliser.

They end the season in sixth on 58 points, two clear of West Ham.

Manchester United coach Ralf Rangnick said ,“I think Brighton did us a favour to turn the game around. they were losing 1-0 at half-time and scored three goals in the second half. We would have loved to take care of ourselves. In a way, the game was indicative of the last couple of weeks, especially when we played away from home. We tried, we had big opportunities in the first half to score ourselves, but we didn’t. Especially in the first half, we had too many unforced errors, bad giveaways, and that was exactly the way that we conceded the goal. In fact, it was our assist. The goalscorer was Zaha but the ones who gave the assist was ourselves. The way that we defended that shot was also not the way that you have to defend in this league. We had a few opportunities in the second half, but it was not clinical enough, that’s why, in the end, we conceded”.