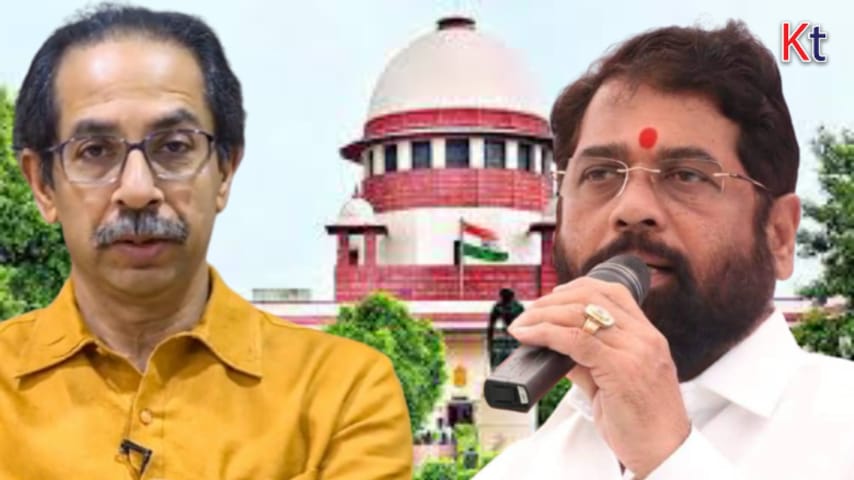 Maharashtra political crisis: The Supreme Court was hearing two petitions challenging the decision by Deputy Speaker Narhari Zirwal to recognise Ajay Choudhary as leader of the Shiv Sena Legislature Party (SSLP) in place of Shinde, and the disqualification notices served on Shinde and the 15 MLAs.The Supreme Court on Monday granted interim relief to rebel Shiv Sena MLAs and said that no decision will be taken on their disqualification till July 12.

Supreme Court says the time given by the Deputy Speaker to the rebel MLAs to respond to the disqualification notices, which was to end at 5.30 pm today, will stand extended till 5.30pm on July 11.

The Supreme Court has asked Maharashtra deputy speaker to put on affidavit records of no-trust notice served upon him by rebel MLAs.

SC asks Maharashtra govt to ensure protection rebel MLAs or any citizen (meaning supporters of rebel MLAs). State govt undertook that it would take immediate and adequate measures to protect lives and properties of 39 rebel MLAs and their family members.

A bench of Justices Surya Kant and J B Pardiwala said,”we cannot pass that order as that would create unnecessary complications. If anything illegal happens, you (MVA) can always move SC.”

We are confident of winning. We have all love with us :Aaditya Thackeray