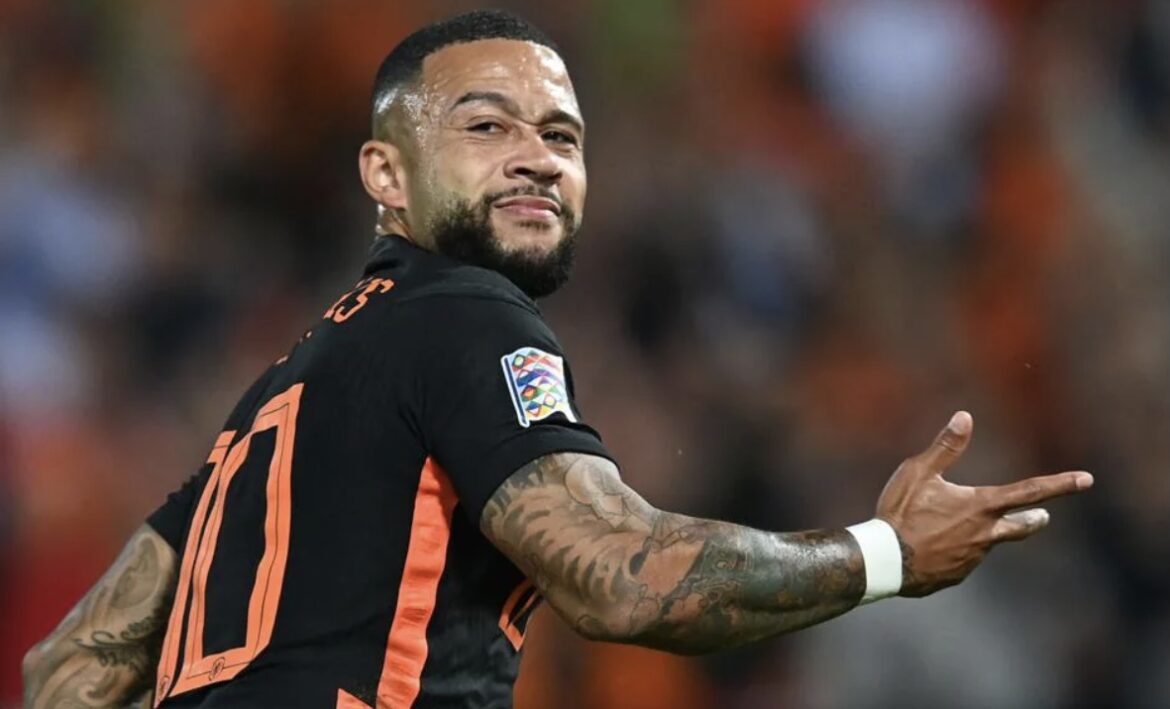 Memphis Depay struck a last-gasp winner as the Netherlands beat Wales in stoppage time for the second time in a week.

Depay is now second in the Netherlands’ all-time scoring charts on 42 goals.

The Netherlands made it a perfect ten against Wales as a last-gasp Memphis Depay goal secured victory – just seconds after Gareth Bale had seemingly earned the visitors an unlikely point in Rotterdam.

The home side started on the front foot and were rewarded when Vincent Janssen teed up Noa Lang, who sent the defence one way and then the other before firing in.

Cody Gakpo got the Netherlands’ second six minutes later, rolling in after his initial shot had been blocked, but Wales’ own rising star Brennan Johnson swiftly halved the arrears when he converted Harry Wilson’s pass.

The home side continued to be in the ascendancy after the break but Wales were always a threat, not least when Johnson burst through only to be denied by Jasper Cillessen.

Wayne Hennessey kept out Janssen’s effort at the other end and as the home side kept missing their chances, they looked to have been made to pay when Gareth Bale converted from the spot after Tyrell Malacia was adjudged to have fouled Connor Roberts.

But, virtually from the restart, the Netherlands won it as Depay, who missed from the spot late on against Poland on Saturday, pounced to score his 42nd international goal.

Wales defender Ben Davies said,”I’m very proud of the boys. We’re competing with the best teams in Europe. We stayed in the game and we fought hard, and I’m just disappointed that we didn’t see it over the line and take a point.”

Netherlands defender,Matthijs de Ligt said ,”Unbelievable. Obviously in the last game against Poland we missed the chance to score the winning goal, and to now do it in the dying seconds is something amazing.”