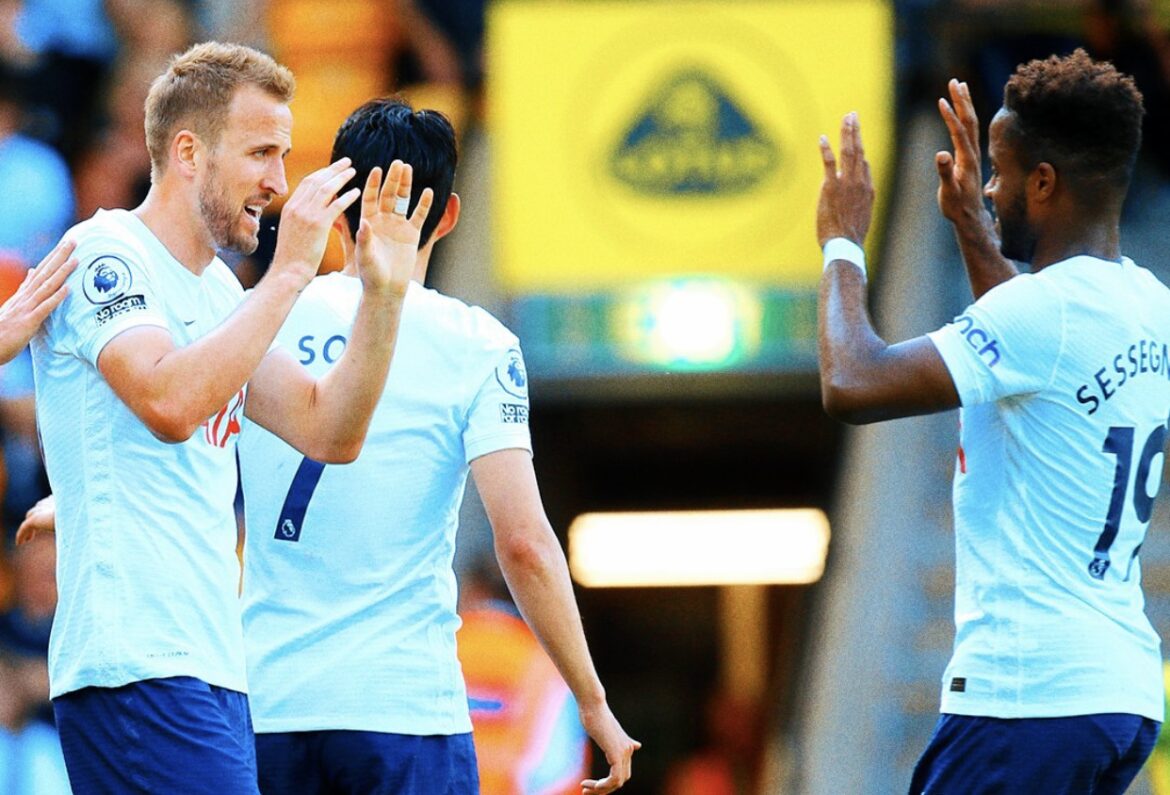 Antonio Conte’s Tottenham Hotspur secured a fourth-placed finish and Son Heung-min won a share of the Golden Boot award thanks to a 5-0 victory at Norwich City.

Spurs took a 16th-minute lead when Rodrigo Bentancur broke in behind the Norwich defence and squared for Dejan Kulusevski to tap in.

Bentancur was again the provider for the second, crossing for Harry Kane to head in on 32 minutes and become the Premier League’s joint-highest goalscorer in final-day matches.

Kulusevski got his second on 64 minutes with a sublime strike, cutting inside and finding the top corner.

Son scored twice in six minutes to finish the campaign on 23 goals, level with Mohamed Salah, who netted late on for Liverpool against Wolverhampton Wanderers.

The win means Spurs finish with 71 points, two above Arsenal, earning UEFA Champions League qualification for the first time since 2018/19. Norwich go down as the bottom club with 22 points.

Tottenham Hotspur coach Antonio Conte said,“We have to be very pleased for this big achievement. Honestly, it was very difficult to imagine in November to get a place in the Champions League. To bring the team to fourth place, with great results, also, to score a lot of goals and today, another clean sheet – we finished the season with 16 clean sheets – it means the team became stable. I’ve said before, in the past, important teams, teams who want to win, teams who want to fight for something important, have to be stable, not up and down. This group of players improved a lot in this part. I’m very pleased.”